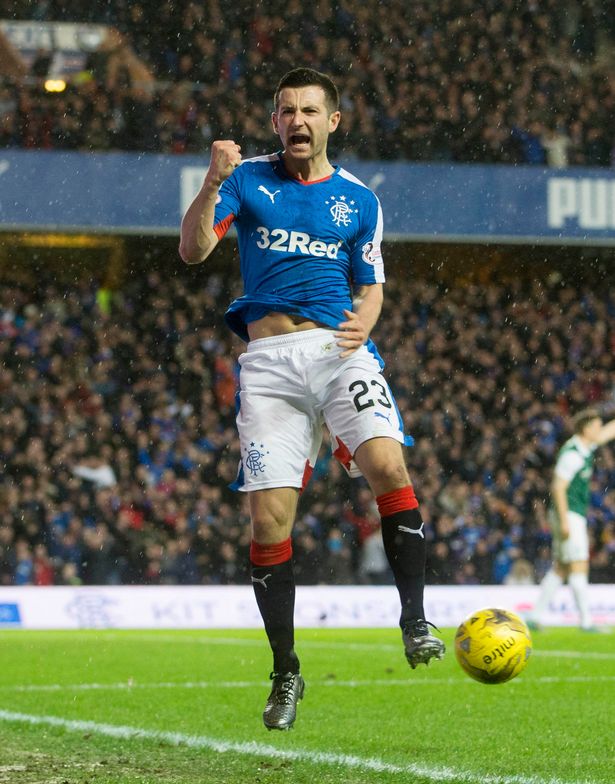 Another Scotland squad, another alienation of Rangers players by national manager Gordon Strachan.

This site has historically always been critical of this policy, but was willing to concede that as long as Rangers players were plying their trades in the murky depths of the lower league game north of the border, it was understandable.

Unfortunately this theory has been blown away with the frankly farcical selection of Hibs’ attacking midfielder, John McGinn, over that of the colossal Jason Holt.

Looking at Hibs’ form is just cause for laughs – the team is currently diabolical; three league losses in a row stemmed by a draw v Inverness shows what level Alan Stubbs’ men are currently at.

Meanwhile Rangers have strolled clear, bestriding the Championship like a colossus with a 14-point gap to boast, something which Jason Holt has been massively part of, along with Rangers’ utter smashing of Dundee.

And yet, despite the pretence that non-selection of Rangers players was down to the level they were playing at, in-form players like Lee Wallace, Danny Wilson and the aforementioned Holt are ignored in favour of barely-second placed Hibs’ best.

I am not quite yet going to scream ‘bias’, ‘fix’, or ‘conspiracy’, but the evidence supporting such claims is pretty damning.

Strachan is a former Celtic manager, we get it – he will always favour East End sides, sides in the green and white. But to actually choose an inferior player to his peers from a division you supposedly reject is absurdity on a new level.

Is it any wonder the national game is in such disarray with selection politics such as these?

Pick your best, Gordon, not the ones you simply want to based on who they play for.

Keep this up and the national team will never see another major championships again.