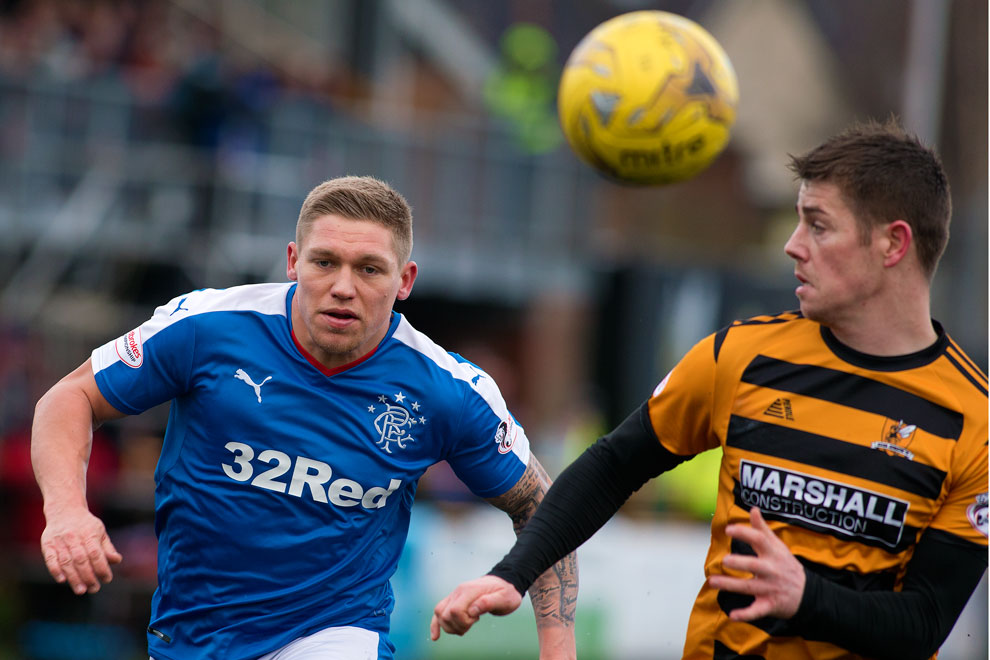 Of Rangers’ 33 matches this season, Martyn Waghorn has started 32, and been subbed on in the other.

To say Rangers’ talisman up front has been ever-present would be stating the case almost exactly, and if form over the past five matches is anything to go by, the former Wigan man needs a rest. Desperately.

The 26-year old has been absolutely stellar this season, a truly superb signing and has 27 goals in those 33 appearances – that speaks volumes for the impact he has had.

But it is evident to anyone watching Rangers that over the past few weeks his confidence has been low, his touch has deserted him and the goals have dramatically dried up.

Fundamentally Martyn Waghorn looks out on his feet and no one will surely know this more than his manager. While still working imperiously hard and sticking to his normal gameplan, the quality of his all-round play has been notably below his normal, while his finishing has been painful.

It is not like Rangers lack forwards to replace him with to give him a well-earned breather. The Ibrox men are absolutely chock-a-block with decent front men like O’Halloran, King, McKay, Forrester, Clark and Miller to name but six who can more than adequately fill in.

Some might say they would be substandard replacements for the contribution Waggy is capable of, but equally an off-form Waghorn is sadly not making that contribution.

A front three with any of those mentioned should still be good enough – no one player should be completely indispensible and that includes Waghorn. There are certainly enough options to cover him for a period.

Some might say giving him a rest would dent his confidence, and they are probably right, but worse damage is being done by every shot he misses, or bad touch he takes.

That said, his manager is the one with wisdom far beyond what you and I have, and he will make the right call, whatever it is.

If I was Rangers boss I would give Waggy a rest for a few matches, but I am not.

We will see what Warburton does come Tuesday.