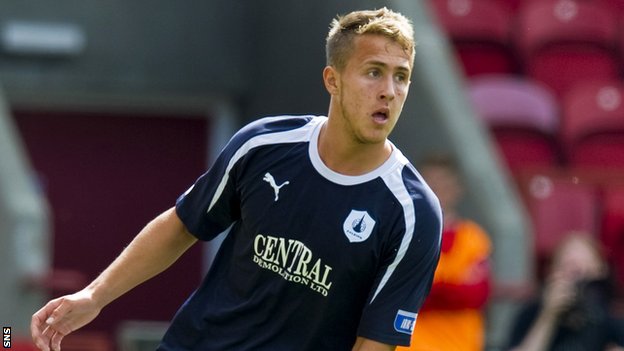 Following the news Rangers are set to make Maciej Gostomski their second January signing are the links with Falkirk’s 22-year old English defensive-minded player Will Vaulks.

Vaulks, who scored the winner at Falkirk Stadium v Warburton’s men recently, is reportedly being watched by a few other suitors as well as Rangers, and with nearing a hundred appearances for The Bairns with 9 goals, it is not hard to see why he is attracting interest.

While labelled as a defender in some quarters, he is well-known for also playing in the holding position in midfield, which is the position he was deployed for the visit of Rangers, and is the position Rangers critically need fresh blood for, such is the complete lack of one at Ibrox as things stand.

Reported competition includes Celtic and Sporting, so if Rangers are to snap this promising player up, they will need to be quick.