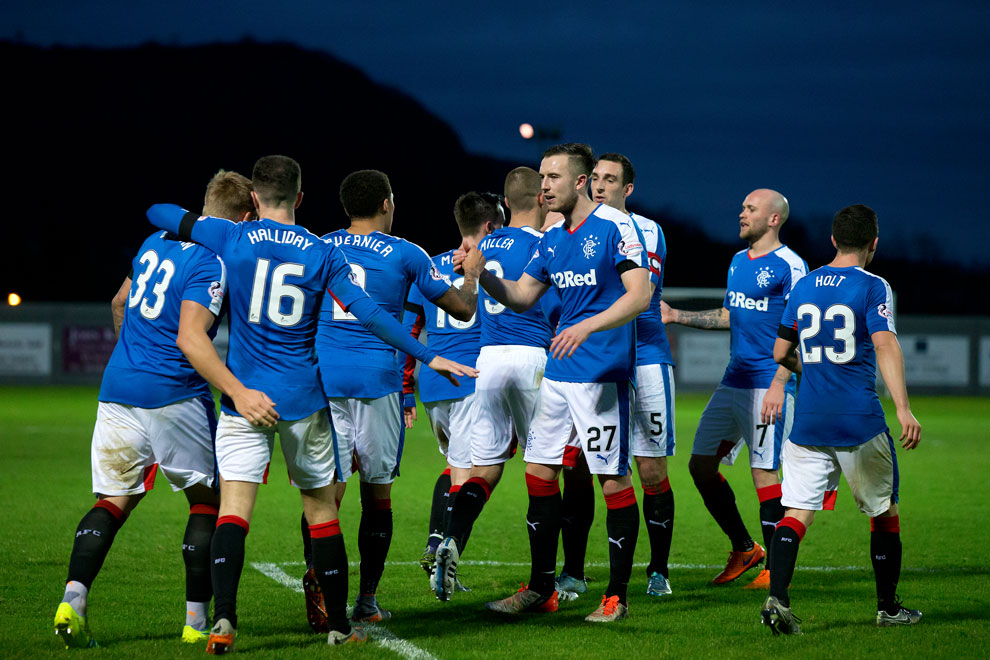 Rarely has one chunk of 90 minutes led to such a colossal momentum swing, certainly in Scottish football.

Going into the table-topping clash between Rangers and Hibernian, we saw a shaky Rangers with uncertain form and only two wins in their last six matches, while in-form Hibs had not lost since doing so at Ibrox months earlier.

Lo and behold, despite the opener from the visiting side and their late consolation, 4-2 was an accurate reflection of the hosts’ superiority, and laid down a very serious marker for Scottish football.

However, the bigger test was maintaining the excellent form of that match into fixtures following it, and one of the toughest locations Rangers have travelled to is Dumbarton’s Cheaper Insurance Direct Stadium, where it took grit and guts to get the three points, such was the home side’s doggedness and determination to suffocate their guests.

Indeed, that match was arguably the start of Rangers’ slump mid-season, where the following match dented confidence further when Mark Warburton’s men succumbed to Premiership St Johnstone, much the better side on the day.

So the symbolism of Rangers’ visit today could not be understated, and it would take a mammoth display of energy, football, teamwork, togetherness and flair to get the three points with any sense of style.

And that is exactly what Rangers delivered. For the first 30 minutes, while there were a lack of direct shots, there was no lack of style – the midfield zipped the ball neatly round the middle, while in-form again Barrie McKay roasted the Dumbarton defence, constantly zapping past them and creating. Meanwhile, on the right, James Tavernier and Martyn Waghorn were absolutely trouncing the Sons’ backline, and the only amazing thing is it took around 40 minutes to get the opener.

From there on in it was plain sailing and six goals later Rangers had comfortably dispatched a possible ‘demon’, by completely obliterating a side who had really caused them concern in the autumn.

Rangers have really made a statement, with a higher energy, a higher work ethic and football resembling the early season fare.

Today’s victory was naturally dismissed by ‘some’ opposition fans as ‘only being against Dumbarton’ – the logic of these fellows never fails to amuse as only five days earlier Rangers had strolled to four against Hibernian.

Of course, in that case the victory was ignored and Scottish football obsessed over chanting instead.

Either way, it is glorious to see that zippy and enchanting football back at Ibrox and on Rangers’ travels, and even better to see the doubts about both the team and the manager (including tentatively by yours truly) being wildly wrong.

The future is most definitely bright and we still have an exciting January window to enjoy.