Home Rangers Rangers fight back, and the media hates it 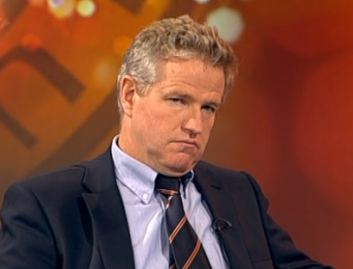 Following a previous entry which argued the case of a systematic targeting of Rangers within Scottish football circles, the situation has become even more embittered, with two notable ‘journalists’ both losing their jobs at The Herald following a-now famous incident involving Graham Spiers.

In short, Spiers clumsily accused an ‘unnamed’ Rangers director of bigotry, and claimed the board was effectively turning a blind eye to the problem within the support.

Naturally, these are scurrilous libel, bordering on slander, and Rangers strongly objected to it. The newspaper apologised for the content and when Spiers then opposed that, they fired him.

His friend at the Herald, blogger, ‘journalist’ and ‘Phil’s editor’ Angela Haggerty ‘stood with solidarity’ alongside him (what is this, Vietnam?) and she too now finds herself without employment.

This follows BT Sport firing Stan Collymore some months ago after yours truly started a petition objecting to his employment there, and the BBC’s Chris McLaughlin being banned from Ibrox leading to a Pacific Quay boycott of Govan in support of him.

The moral of the story? Rangers and our fans are fighting back against victimisation in the press and media, and they do not like it. For too long Rangers have been used by these individuals as career fodder – exploiting and attacking Rangers’ travails for air time or clicks or paper sales, and Rangers are now biting back.

And the tone of indignation and moral outrage from this lot when it happens? They try to make Rangers out to be the bad guys. Again.

The hilarity and hypocrisy is plain to see.

The Guardian’s story today covering the affair sadly gives Spiers another platform to spout his nonsense, while Haggerty drones on Twitter about the world being against her.

There are many more anti-Rangers hacks out there who have feasted on Rangers’ problems for too long to give them ammo (Tomo, English et al) – but it is pleasing to see at least three taken down a peg or too.

There is a tangible defence taking place now – and it is good to see.