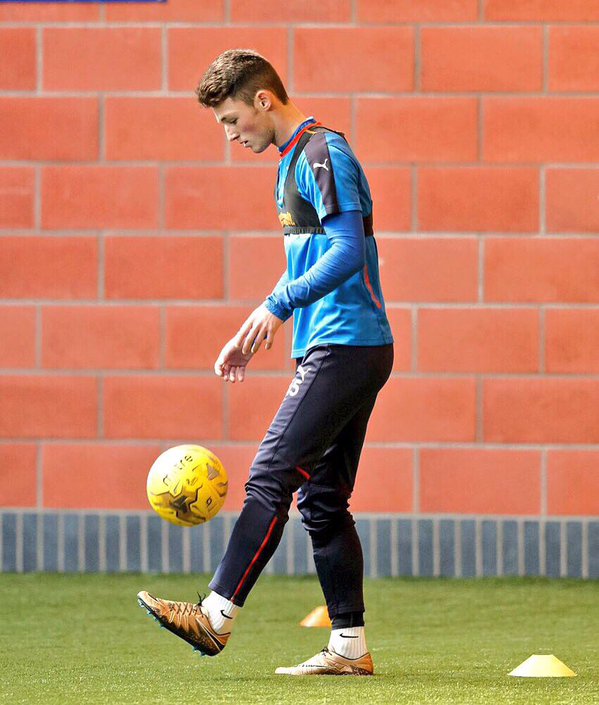 Rangers manager Mark Warburton has admitted Jordan Thompson is a player he wants to send out on loan, but as yet no deal has been brokered to take the former Man Utd youth player away from Ibrox to learn his trade due to the squad being too lean for now.

Heavily advocating the loan system which gives less-used players the chance to get first team football and an ‘education’ in the discipline, Warburton conceded he rates Thompson highly and wants to deploy him as a substitute more frequently, but the chances have not been there yet and the midfielder would benefit more from a loan out.

“We are delighted with Jordan’s progress, to come in and to find your feet as he did and to get used to the club as quickly as he has, has been first class on his part. He is one like Tom (Walsh) who could benefit from a loan, but right now he is in our squad and on our bench.”

Both Thompson and Walsh have barely featured in recent months, even as substitutes, but are vital cover.

“If we can get one or two players in then maybe that loan option becomes viable, but right now he would be staying with us.”

Rangers’ struggles in getting midfielders are well-documented, and with only a couple of days left of the transfer window, it does not appear to be getting resolved any time soon.