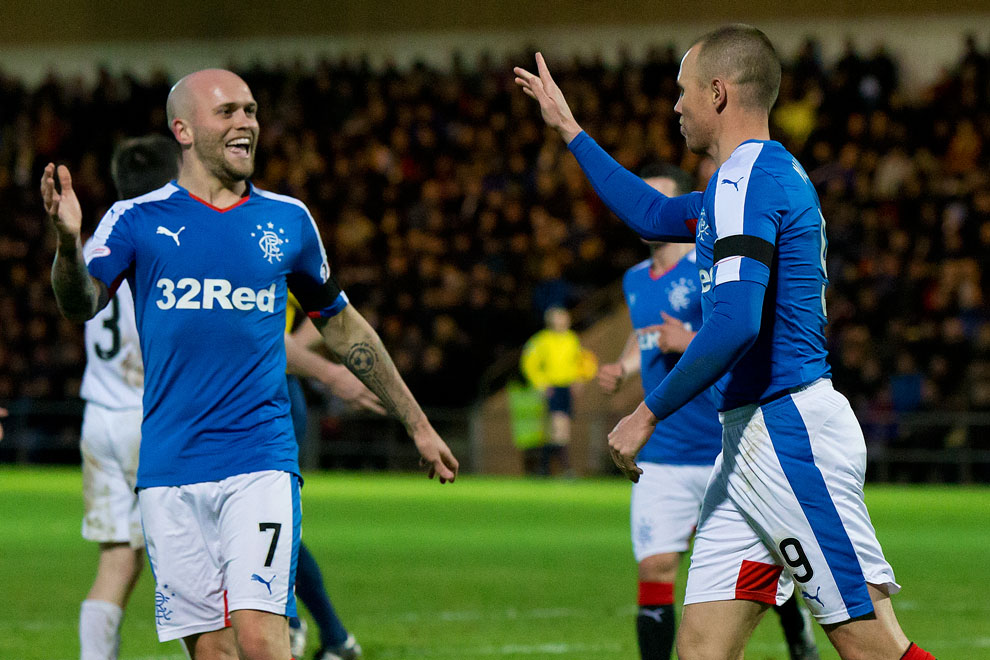 With 10 goals in two matches and the maximum six points secured, Rangers have surely turned their slump around and arrested the form slide which dogged them for some weeks.

However, as much as the win over Hibernian galvanised the team and renewed the confidence, the upturn in form also coincides impeccably with the return of Nicky Law.

Naturally this entire argument is conjecture, and completely open to debate, but with his energy and rather industrious cameo as a sub against Falkirk, Rangers have seen a bizarre and timely injection of drive and pace, all of which seems to have occurred with the disappearance of Gedion Zelalem to the bench.

That last 20 or so minutes at Falkirk followed by the 180 v Hibs then Dumbarton have all seen Nicky Law as a pivotal figure. This site had historically been one of his biggest critics under McCoist, McDowall and McCall, but he has slowly improved under Mark Warburton and some fans did call for his reintroduction to the team once fit.

He has achieved that now, and whether it is coincidence or not, the midfield’s pace is much quicker and has more purpose. It does not dally around looking for a pass – it gets absolutely on with it, and feeds the flanks or the front as swiftly as it can.

Law himself is occasionally guilty of careless play – one of his casual lobs yesterday was astonishingly casual and failed miserably, plus his shooting has become a lot less frequent and a lot more wasteful on his rare shots.

But otherwise his game does seem to have added aggression and industry to Rangers’ engine room, and for now he appears to have usurped Zelalem, who must be content with a place on the bench for the time being.

The Law, Holt and Halliday combination has clicked rather well it must be said, and Rangers have suddenly created a glut of chances and scored many of them.

Naturally, of course, there is a Mr Harry Forrester to come into the reckoning and it would be a brave man to predict who will lose their place.

That said, Warburton has professed that no one will just walk into the team, so if Forrester is to debut as a starter, someone will have to lose form.

Law appears determined it will not be him. And perhaps Warbs will shift Waghorn into the center and have Forrester out on the right wing. Perhaps it will be Miller who is sacrificed.

Conjecture at this point; but one thing is for sure, Law has certainly played his part recently.