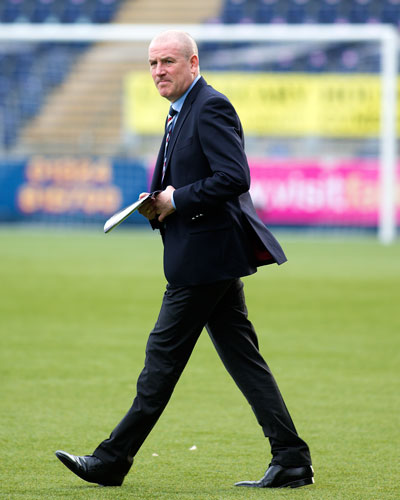 “The best plan B is to do plan A better”

When Mark Warburton espoused this epigram as his mantra on signing up at Ibrox, it was one of the most intelligent, wisest, calculated and insightful comments to be heard in Scottish football for some considerable time, and became his ‘walking away’ buzzphrase.

When McCoist said that immortal line, it became conjoined with him, and eventually ended up his nemesis as well. Warburton’s counterpart might have been a fashionable and brilliant statement at the time, but it is now threatening to undermine him in light of deteriorating results and displays.

Rangers have two wins in the last six matches. It is a far cry from the stunning eleven wins out of eleven which earned Warburton the “Magic Hat” nickname, and it is not form which will earn Rangers promotion, never mind the title outright.

The big question on the lips of many supporters is will Warburton resort to a Plan B? Will he adopt a contingency tactic to combat the increasingly effective opposition approach to stifling his men? While no one would advocate aerial bombardment as a standard system, does Warbs have what it takes to adopt a completely new strategy when required?

The reality is that 4:3:3 with two wingers who cut in and two wing backs who maraud constantly is not working. Midfield is not functioning as it should, with Gedion Zelalem suffering especially and starting to look totally jaded – gone is the early season composure and swagger, and he looks like he does not know what to do with the ball.

That indecision sums up Rangers’ play these days – the system, previously smoothly oiled and coherent, is no longer clicking into life, but with Warbs unable or unwilling to change it the players suffer frustration, uncertainty and ultimately ineffectiveness.

His entire managerial career, as promising though it has been, with one excellent promotion secured and another nearly delivered last season too, has been based on flowing, attacking football under 4:3:3.

It has worked in England, and it was working here. But there is a difference. No one expected anything of Brentford. They were never and never will be big fish, so teams would never set up to strangle them. Now that Scottish teams see Rangers, the big fish, playing this way, they try doubly hard to suffocate it.

And it is sadly working – the system which did not suffer major opposition to its style in England due to Brentford not being a major scalp now is up here in Scotland given Rangers are – and Warburton is clearly struggling to counter that.

One suspects the manager has slightly underestimated Scottish football, and the significance of Rangers within it, and how badly opponents want to beat them – either way, the sooner Warbs finds a plan B, an alternative strategy when required, the better.