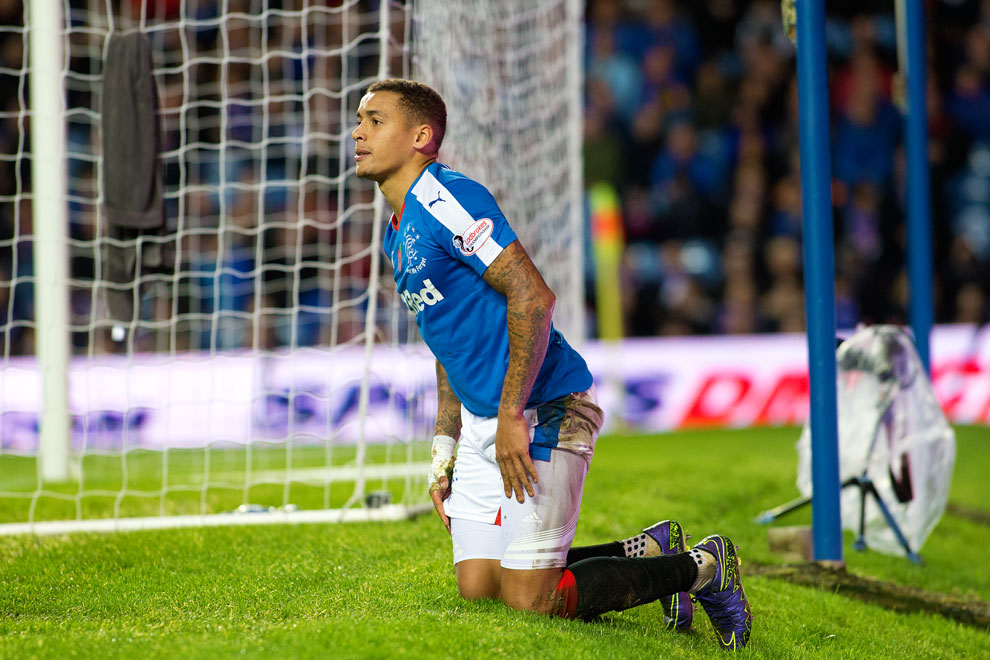 It would be no lie to suggest few Bears knew of James Tavernier when the English right-back was linked to Ibrox this summer.

Sky Sports’ Jim White broke the news that he and fellow Latic Martyn Waghorn were both on the verge of a move to Rangers, but the majority of supporters merely said ‘who?’.

A couple of months into his time at Govan though and fans took him to their hearts; aided and abetted by some absolutely ridiculous goals, including a mazy solo run at the Excelsior Stadium v Airdrieonians and a quite bewildering array of astonishing free kicks, Tavernier soon became monikered as the “Blue Cafu”, owing to his pace, overlapping runs and those aforementioned goals.

Unfortunately, like any footballer, it would be no unfair criticism to suggest Tav is currently a little off the pace – his crossing (never his best asset) has really struggled for consistency, and his formerly sharp and incisive dribbling has looked a little stale and gasping for ideas.

Quite simply, it appears he could use a rest!

Ever-present, or nearly, Tav had been a quite exceptional asset to the team up till the middle of October, but since then there has been a question of fatigue.

He is still scoring some revoltingly good goals – the free kick v Alloa on the 7th of last month was just stupendous; but his general all-round play has not quite had the sparkling impact it did earlier in the season.

If Tav is just in need of a little rotation and taking a few matches out, which is entirely understandable such is the glut of football he has played this season, the question is who to sporadically replace him with – the only other ‘dedicated RB’ Warburton has is Fraser Aird, and his position still remains something of a mystery. The Canadian has played at RB and RW this season.

Subsequently a major reason Tavernier could remain installed at RB, regardless of form, is Rangers are ill-equipped to replace him adequately. All the other RBs Rangers were linked to (Reece Wabara, Ryan Fredericks) either failed trials or ended up elsewhere.

Indeed the same problem exists on the other side too, albeit Dominic Ball has deputised at LB reasonably well.