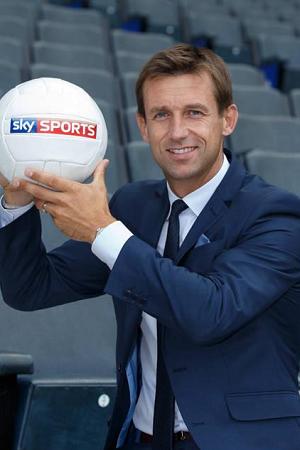 With the well-documented search now underway in earnest for a proper scouting network to be installed at Ibrox, the head of said operation is being, pardon the pun, scouted himself, with former Rangers’ favourite and now Sky Sports’ pundit Neil McCann said to be very high up on the shortlist.

Naturally the former Hearts, Southampton and Falkirk winger would have to take serious consideration over giving up a frankly very cushy and well-paid gig at Sky, but his services are not required every week and it is essentially a part-time job, if a handsomely rewarded one.

But as a well-respected pundit, McCann would be a very popular and credible choice for such a position, given the amount of football he watches both north and south of the border, and he has previous for sacrificing his punditry for a hands-on job in Scottish football, adopting the assistant coach role at Dunfermline for a brief period earlier this year.

Unfortunately for McCann it did not end particularly well with his boss John Potter being axed, before the former Tynecastle and Ibrox winger left too.

He is one of the few Scottish pundits not hugely unpopular for his views on the matches he covers, and while he cannot conceal his general pro-Rangers bias, manages to balance it with impartial commentary.

His orientation towards all things Rangers would make him a very useful candidate to appoint as Chief Scout, but nothing is decided yet.