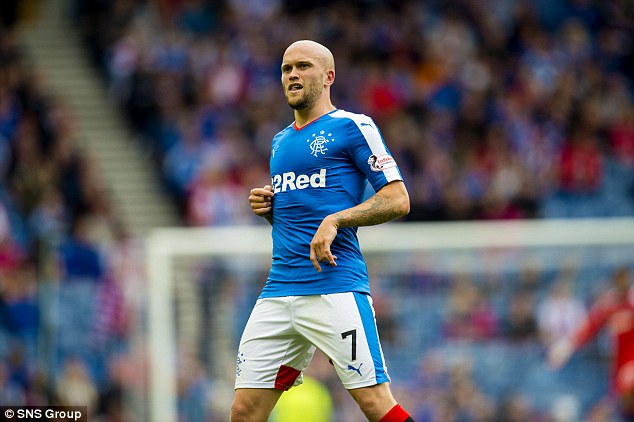 Ibroxnoise.co.uk has covered this before, and after the impact he made on as a substitute v Queens at Ibrox it seems worth revisiting Nicky Law and his worth to Rangers.

The fact is, for now, Dean Shiels has been selected in that position, but Law would have been devastated v Falkirk to find himself benched by Mark Warburton in favour of the former Killie striker, and again yesterday.

If anyone feels like they have something to prove, it is Law – and he came on with gusto, gathering praise from most fans for his contribution and energy – and there is no denying he helped to improve the tempo and urgency once on.

His passing was efficient, and his energy obvious. But rather than this site ramble on about his merits or otherwise, we will leave it to you, the good readers to decide: should Nicky Law be a Rangers starter now, or has he not earned it yet/ever?