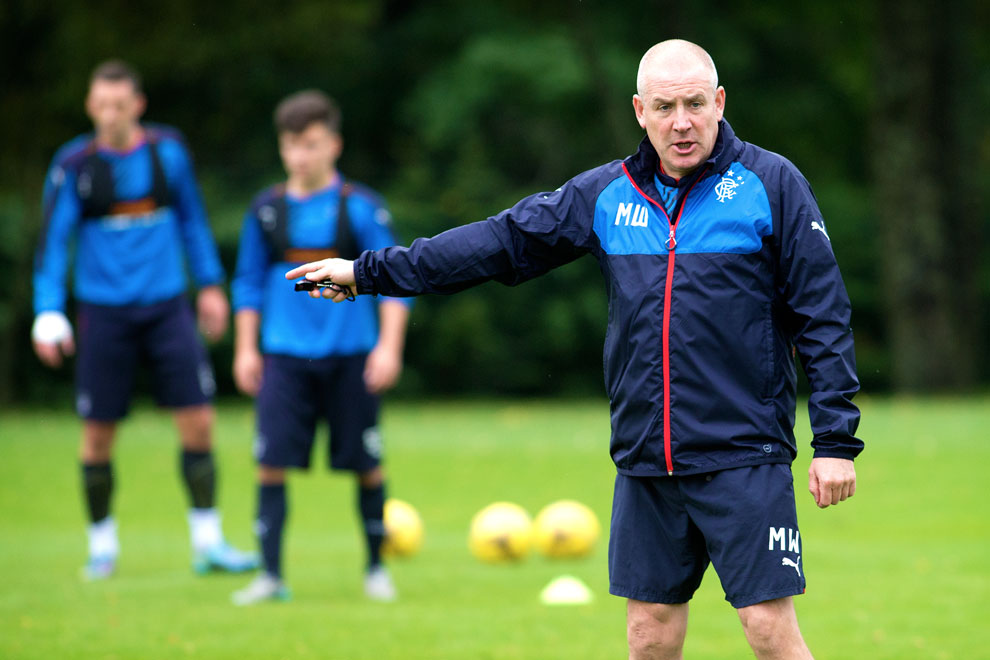 Difficult to know where to begin with the magic man & quantify just what he has given us in these short months. In terms of parallels it is hard not to draw a comparison with the arrival of Souness almost 30 years ago (how old does that make me feel?). A rudderless club moving aimlessly forward is suddenly grabbed by the bootlaces & literally dragged up by the charismatic new Gaffer. This new dawn sees small but significant changes implemented as an air of professionalism & pride permeate the Club at every level. Even protagonists of the quite frankly shambolic previous regime are given a new lease of life under a professional manager.

A reversal of the transfer trend that had seen the best talent at the Club going down south for scandalously low fees now sees players coming UP the road instead of down it. Asked why they chose this career path, almost to a man they replied that they either came here because of the manager or because of the size of the club. Those that provide both staple answers create even more excitement.

Off the field the Club is gripped by this same professionalism & a growing sense of pride as the small things commercially are remarkably now done well. The results see small (but significant) changes, for example, to the match day programme which suddenly becomes an attractive & engrossing read. Previously disenfranchised fans now start to return in droves & procuring tickets for the games now becomes what can only be described as a stampede bordering on mass hysteria such is the desire to see the new era at Rangers. A hitherto unseen demand to see the world’s most successful club sees Ibrox & every visiting ground sold out.

Now the instant improvements detailed above clearly apply to both the pre-Souness malaise & also the post-play off shame of the McCoist era. So keeping rigidly topical I will concentrate solely on the magician. As I said at the onset, I don’t know where to begin. The signings, all relatively unknown, were like a conveyor belt of robots. All of them saying the same things & fitting the same criteria. Please don’t think that I am having a go at the alchemist’s signing policy for nothing could be further from the truth as they have all been unqualified successes thus far. In addition the money that has been very well spent flies completely in the face of the ludicrous amounts bandied about by “experts” who said that in excess of FIFTY times the amount spent would have to be shelled out before we could even begin to think about challenging.

Admittedly we are not yet in the top flight & will not know for sure how far from the finished article we are but what is clear is that our manager will not need to break the bank to build a team. One final point on the expenditure; the team has been completely rejuvenated for less money than Mr McCoist (politeness prevents me typing what I call him) “earned” this year, well I say earned but I’m not labouring that point any further as he is not a part of our future.

In all honesty I have no real idea where I am going with this other than to try to convey as eloquently as possible what Mark Warburton has done to our Club. If this is us a mere 4 months into the project then the sky truly is the limit. This remarkable man has given us a sense of pride in ourselves & in our club. The little things are done extremely well & what I absolutely love is that the players are happy. At the end of each game they take serious time to applaud all areas where our fans are, at home or away. This small gesture energises the fans & shows that they appreciate us. Not much to ask & again no disrespect to Warbs but this should already be a given. That it wasn’t is an indictment of our previous “manager(s)” & demonstrative proof of the apathy that stalked every corridor of the stadium.

Being something of a pedant it is the more unusual things that I notice about the games. Every goal is celebrated with the entire team getting involved. There is a Struth-like desire for perfection that was evidenced by the Oduwa run that led to Waggy`s second penalty v Raith. The move was only kept alive by Tavernier chasing a wayward McKay pass, sliding to keep it in before he passed it to Oduwa. So at 4-0 up we still do not want to give up easy possession. From that same incident, once the penalty had been converted, McKay retrieved the ball from the net & went to celebrate with the scorer before running back to the centre circle. The ball was then placed quickly on the spot with wee Barrie gesturing for his team mates to hurry back up to ensure we got the game started ASAP.

Will leave you all with this thought & I surely can’t be alone:

What one word would you use to describe the Warburton era?

I would use the word EXCITEMENT.

Ponder this for a moment, if this is his team & his imprint after four months, how much better are we going to get?

In Warbs we trust, our biggest appointment in almost thirty years.