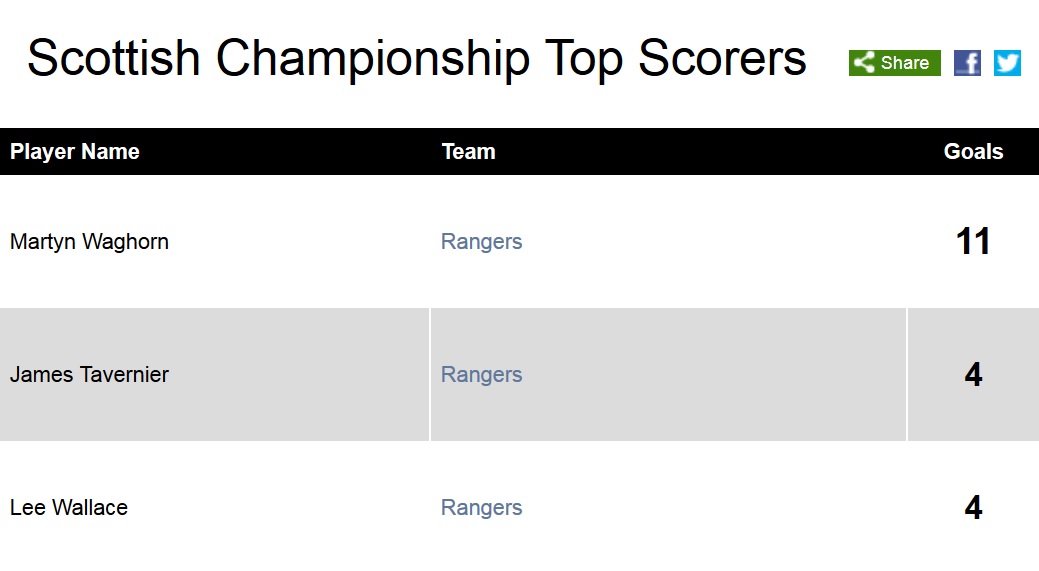 Rangers’ top-scorer last season ended up being Nicky Law, from midfield, with a quite dismal haul of 10. Dismal in the sense that such a paltry number ended up at the top of the in-club charts. And that none of the strikers could match him.

Fast-forward to this season – not only does a Rangers player feature at the top of the Championship scoring tallies, but two of his team mates join him.

This gives some sort of indication of the astounding difference between this season and last – Hibernian’s Jason Cummings topped the corresponding table last season with 18, and after eight matches Martyn Waghorn only needs another seven to match that.

No Rangers players made the top 7 places in the charts last season, places taken up by 10 players. The top three this season are all from Ibrox and a further three have two for the season in Kenny Miller, Barrie McKay & Jason Holt.

This table excludes all cup goals.