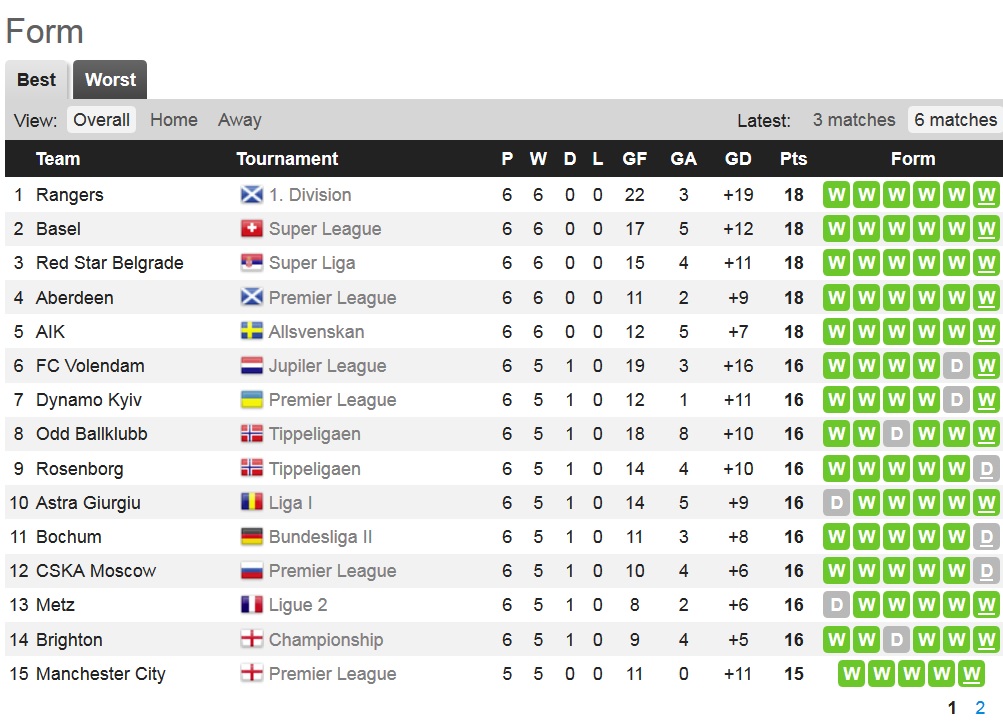 Well it is unofficially official – right now, statistically, Rangers are Europe’s best team. With an incredible start under Mark Warburton showing no sign of letting up, Rangers’ stats are through the roof with plenty of clean sheets to boot. While the stats table do not measure ‘like-for-like’, the raw numbers are nevertheless pretty incredible – Rangers’ start to the season is literally simply the best in the entire continent and that is a testament to the brilliance of Warburton and the influence he has had.

Take a look for yourselves:

No one would delude themselves into believing Rangers are, pound for pound, Europe’s best team, but the stats do not lie. No one has scored more, and only four other teams are on a 100% win record. But none have scored anything like Rangers and this stat does not take into account non-league matches which would put Rangers even further ahead.

Simply the Best. And the numbers prove it.