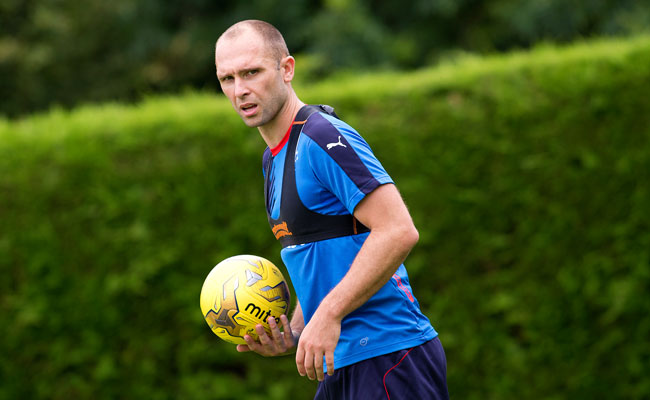 The John Eustace saga has been
second only to the Scott Allan one in Rangers’ summer window adventures.
While it is starting to look like
the Hibernian midfielder now will not be arriving at all this calendar year,
chances of the former Derby anchor signing up at Ibrox have increased
significantly in recent days.
Reports from Murray Park
suggest his fitness has reached acceptable levels, having been out for over
seven months with a knee injury, and that an offer to the 35-year old will
materialise over the next two days, allegedly committing him to Rangers till
summer 2017.
Manager Mark Warburton said:
“John is training well and he is back
with the group this week which is tremendous to see. He did what we call a very
tough level five session last week on his own and the data was really good.
John is a very good professional and a great mentor on and off the pitch and
hopefully he can have a role for us.”
The last time Warburton was this
up-front and positive about a prospective signing was Andy Halliday, and the
former Bradford midfielder found himself on
the payroll a few days later.