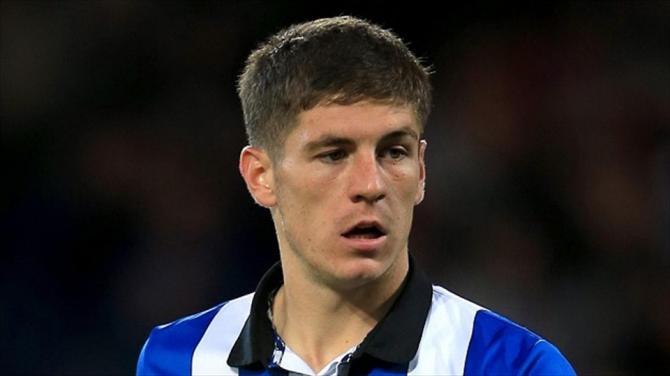 With Rangers manager Mark
Warburton today confirming Wigan Athletic’s Rob Kiernan will be his first
signing as Ibrox boss, what do we know about the incoming defender from the
Latics?
When Kiernan’s name popped up as
having been the subject of a bid, most fans’ responses were of confusion. The
24-year old is hardly a household name in England,
never mind Scotland,
so here we take a look at exactly what Rangers are getting for their six-figure
fee.
Kiernan is a former U21
Republic of Ireland international who has extensive experience in League 2, 1
and the English Championship, at clubs like Brentford, Bradford, Southend, Birmingham, and notably Watford
in 2008, which was where he caught the eye of then-academy coach Mark Warburton
who said:
“I must say for us that Rob Kiernan was
again outstanding, as he has been all tournament. His distribution was
excellent and he was magnificent in leading the team as one of the senior
players.”
Kiernan was featuring in the U17s
as a senior player, and Rangers’ new manager knew then what kind of talent
Kiernan was.
Kiernan is big, at 6ft 3, but
significantly Warbs praises his technical ability and distribution, as he did 7
years ago:
“For a defender, he’s technically excellent
and at 6ft 3in has a real athletic presence. He has proved his credentials in
the English Championship but most importantly is still young enough to develop
and to be improved.”
Furthermore, his former U21s
manager at international level, Noel King, is equally positive about his
credentials:
“He’s combative, honest, gets stuck in.
He’s such a committed boy. He was also captain on a couple of occasions and
that armband isn’t dished out lightly.”
Going by these testimonies,
Rangers appear to have a big, strong, committed defender who is technically
astute, capable of leading, good with the ball and willing to get a little
dirty. A team player.
He will hopefully be a welcome
addition to the team.