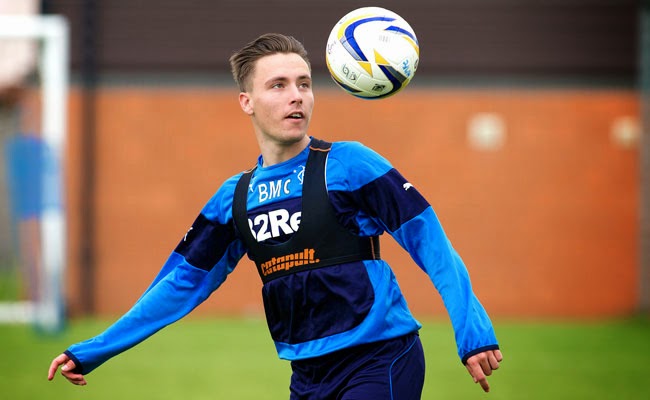 After the excruciating disappointment
of the incredibly promising Barrie McKay being farmed out on loan again to
Raith Rovers in December last year by then-manager Kenny McDowall, the young
winger has been pictured back at Murray Park with Raith Rovers’ season at an
end.
Having missed the playoffs,
Rovers’ now enter their close season, leaving McKay free to return to his
parent club.
With a number of false dawns
surrounding McKay’s chances at Ibrox, the hopes are that he gets a chance to
finally prove himself long-term, be it under Stuart McCall or anyone else, and
be it in the SPL or the Championship.
McKay lit Ibrox up in 2012 when,
as a mere 18-year old he promised great things under the-then management of
Ally McCoist, before being bizarrely ditched entirely and barely making another
appearance again.
McKay said in January:
“I thought I’d have a chance of going
back to Rangers but they didn’t want me, they wanted me to extend my loan
instead. That’s maybe a wee bit of a concern. I hadn’t really thought much
about that but they basically said I was to stay out and keep doing what I’m
doing as I’ve been doing well.”
Well he is back now, under a
regime who have given young players a real chance; the emergence of Walsh,
Murdoch and Hardie has been a pleasure to witness, and hopefully McKay will see
his involvement increase back in Govan.