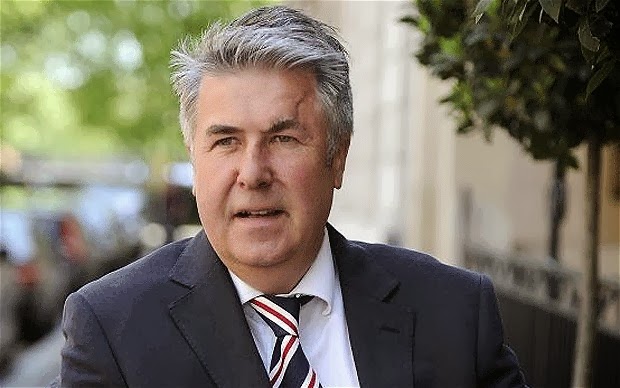 For the past 18 months, off-field
drivel has dominated Ibrox, and the front pages. It abated slightly while
Charles Green was CEO, but towards January, February and March the propaganda
against him (ridiculous and unnecessary negative stories which attacked him
personally as opposed to how he ran the club) had reached epidemic proportions
and his position became untenable.
During these three months, Imran
Ahmad was being outed as a ‘spiv’ and ‘charlatan’ with devious intent, while
Malcolm Murray was being outed as a ‘drunk’ and a ‘mole’. Comments about these
two at the time verged on utter hatred, and fans were repeatedly embarrassed by
the latter’s antics in particular while being proven as leaking inside
information, something which supporters condemned roundly.
And yet here we are today; while
a sizeable chunk of supporters want to see Paul Murray at the Ibrox helm, and
for him to subsequently win the vote my last blog discussed, the complete
absence of condemnation for one of his associates is almost ludicrous.
While Scott Murdoch and Alex
Wilson do not have any major reputation among Rangers fans at this point in
time, the 4th party of this group certainly does; Malcolm Murray.
By the time ex-Ibrox chairman Murray agreed to stand
down in February, he had become a figure of embarrassment to the club, with at
least two videos of his drunken antics, plus the phone call recording revealing
him to be the ‘mole’, something he did not deny.
Twitter nearly melted with
widespread condemnation of yet more chaos at Ibrox, with Rangers fans utterly
aghast that their chairman was conducting himself in this way, and had been
responsible for a great deal of the leaking, much of which found its way to
various blogs which revealed inside information supporters did not want
exposed.
It would be fair to say Murray
was disliked nearly as much as Charles Green ended up being, and the fanbase
looked for his departure as enthusiastically as they did Green’s, and were
delighted to see his exit when it arrived.
And yet, fast-forward to November
and suddenly the man is a credible contender for appointment to the board just
because…what? Why is Malcolm Murray now a “Real Rangers Man” when
he was apparently a scourge on the club last Spring?
From the Dail Mail on 20/02/2013:
“Malcolm Murray has been asked to step
down as Rangers chairman after concerns were raised about his suitability for
the role. It is understood that Ibrox
directors have received complaints from supporters about Murray’s personal conduct. The issue was
then raised with the pension fund manager during board meetings, the most
recent of which took place last Friday.
There is also believed to have been disquiet among senior figures at
the club about where and when Murray
has been discussing club business.”
Furthermore, it is curious that a
sizeable chunk of Rangers fans are now supporting the man who once ‘apologised’
for Rangers:
“We are acutely aware that events at
our club, brought about by people who are no longer here, have triggered a
crisis in Scottish football. Ally McCoist, the staff and players have nothing
to apologise for. But the club needs to
make an apology. It is only right that someone expresses our sorrow and
regret.”
It may be easy to say in
hindsight, but Malcolm Murray’s apology to Scottish football was not well
received by Rangers fans. Indeed, this apology could be considered
‘handwringing’ by a certain portion of the fanbase. Supporters who despise
Scottish football and who have the knowledge Rangers did nothing wrong are now
supporting a man who apologised to Scottish football for the things Rangers apparently did
wrong.
Malcolm Murray was part of the
very boardroom which fans despised. The majority of that boardroom, including
Walter Smith, Phil Cartmell, Bryan Smart, Ian Hart, Charles Green and Craig
Mather has well and truly gone.
Yet one of them, Murray, is now
apparently a perfectly upstanding gentleman just because he has sided with Paul
Murray?
Am I really the only one who sees
some hypocrisy here?