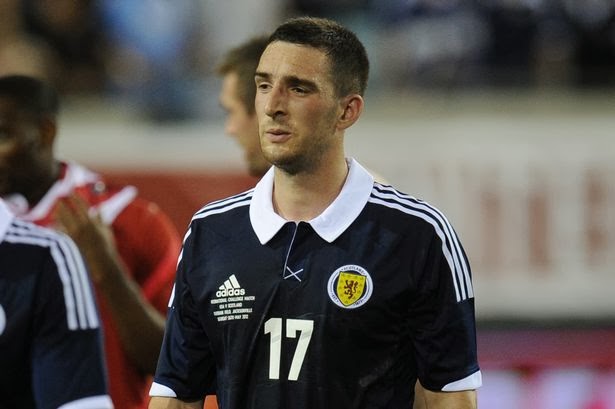 16th of August 2012 saw the first
time a Rangers player had represented Scotland at senior level since the club’s
‘expulsion’ from the SPL down to Division 3. That player was of course Ian
Black, and he was a substitute for his country at Edinburgh’s Easter Road for the friendly
against the Socceroos.
It was not only the first time an
Ibrox player had donned the navy blue since the club slid to the bottom tier of
Scottish football, but was also Black’s own debut.
Sadly, however, the occasion was
bitterly marred for what would have been Black’s proudest career moment by a
sizeable section of the home support booing and jeering him as he came on.
Thankfully he had the
intelligence to rise above it in after-match interviews when asked why it had
happened;
“It could’ve been a bit of everything,
but I’m big enough to get on with that. It’s probably the proudest moment of my
career.”
The excuse at the time had been
that Easter Road was the home of Hearts’ bitter rivals Hibs, and of course
Blackie is a former Gorgie regular so the media and Scottish football in
general dismissed the negative reaction as resulting from those club rivalries. 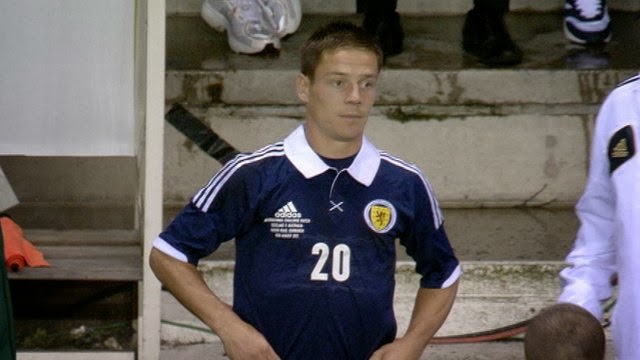 Truth of course is this was
complete nonsense – Easter Road would have been filled with as many Hearts fans
as Hibs (arguably more); this was NOT a club match despite the fact it was
being held in an SPL club’s stadium. Furthermore, when was the last time any
club rivalry led to a Scotland
player being booed by his own supporters at home?
In the past when the occasional
international was held at Pittodrie, or Easter Road, or even Tynecastle no
players from any ‘rival’ SPL teams (passionate rivalry or otherwise) ever
experienced booing.
Consequently when Lee Wallace
came on for Scotland at Hampden Park, the question of booing would be
moot, surely, because this was the national stadium, not a regional club arena.
Alas not. Once again a Rangers
player was significantly booed, but while the Ian Black story was large in the
media given the widespread accusations of Easter Road prejudice, the Lee Wallace
story has been completely ignored because the same excuse cannot be levelled at
Mount Florida’s stadium.
Indeed, it has become apparent,
and clear, that Rangers, and their players, are completely loathed by Scottish
football. Which is in itself fine; Rangers do not exactly love the rest of the
game in this country either. However, that it spills over into ruining a decent
professional’s evening because his own supporters decided to voice their hatred
of his club is quite simply beyond the pale.
That is now at least two of the
past three appearance by Rangers players for Scotland in which booing has been
audible. Thankfully Wallace’s impressive 11 minute cameo V Macedonia did not
see any booing, mainly because that match was in Skopje. Booing was audible in this match but not at Wallace; rather it was
shameful racism of Anya by Macedonian home fans.
Getting back to the point though,
the last two home Scotland
matches featuring Rangers players have witnessed those respective players clearly
booed by their own fans.
The relationship between
Rangers/fans and the national regime/rest of Scottish football is so critically
damaged now that poisonous hate now dominates. Scotland
fans cannot even enjoy a 3-1 win over Australia without prioritising
their hate for Rangers and the club’s players/fans.
It really is worth Rangers as a
club considering boycotting the national regime. The fractures are too deep now
and if our players are just going to get heckled by their own supposed fans,
what exactly is the point? Even on the 7th of August last year Ally McCoist slammed the way Scotland (Craig Levein back then) treat Rangers players;
“I feel sorry for the Scotland fans more than anyone else. The fact Lee’s now in the Third Division shouldn’t close the international door on him. I would argue we’ll have a better quality of player here at Murray Park than some of the boys in the Scotland squad. Don’t rule my players out just because they’re in the Third Division.”
Furthermore, when the club
returns to its rightful place at the summit of Scottish football, and its
Scottish contingent becomes a sought-after commodity again (young players like
Lewis MacLeod and Barrie McKay certainly have the ability) Rangers will be able
to hold the SFA and the Scottish game to ransom by demanding an apology for how
it has treated Rangers in the past 18+ months.
Might sound petty, but maybe it
is justified.