Home Rangers The Day the SPL Killed Itself 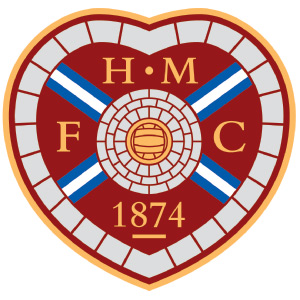 Was Monday the 25th of June 2012 the day the Scottish Premier League committed suicide? After the previous revelations on Sunday regarding the newco vote that Hearts, Hibs and Dundee Utd would not be voting in favour of Rangers came the final bombshell that Aberdeen, and surprisingly Inverness Caley Thistle and St Johnstone would be following suit and rejecting the new Rangers’ company entrance to the SPL.
This has followed months of speculation about Rangers’ fate should it come to a member club vote, with the general belief from many being that it would be astoundingly foolish from a financial point of view for these smaller and less affluent clubs to reject a newco Rangers, a club whose presence would still help finance a massive chunk of the capital required to sustain the top flight in Scotland. From the massive Rangers away support helping with clubs’ gates receipts to the most obvious revenue the giants of broadcasting such as Sky and ESPN bring to the table in light of Rangers’ presence in the SPL, it is clear that each half of the Old Firm is critical to the livelihood of the Premier League, and the loss of either would have dire consequences, not just to the other remaining half, but to the smaller clubs.
Motherwell released figures on Sunday suggesting they will lose almost £1,000,0000 every season Rangers do not feature in the SPL, warning drastically that they would almost certainly face administration should the newco vote go against the Ibrox giants. “The club could be facing an insolvency event” their board revealed to the supporters, given the sheer chasm the loss of a million a season will create.
Kilmarnock confirmed similar fears, when manager Kenny Shiels said the following:
“We have to save a million pounds. How do you do that? That’s our challenge. We’ll be the one that’s affected the most to be fair, because where we are in relation to Rangers geographically, it’s a Rangers stronghold where we are. We had 2 home games against Rangers which is even worse because we lose 2 home games against Rangers.”
So, smaller clubs within the SPL such as Kilmarnock, Motherwell, St Johnstone, Ross County, Inverness, some of whom will vote against the newco are going to face massive financial calamity as a result of it. A million pounds is a lot in the modern game, especially to a financially weak footballing nation such as Scotland. For that level of capital to simply vanish is gigantic and fatal.
And yet, here we are, replete with the certain inevitability that clubs, facing extinction if they vote against newco rangers, will indeed vote no on the 4th of July. Fellow blogger Chris Graham, who is doing a fine job of television appearances in light of recent events, stated on STV News last night:
“They’ve all stated sporting integrity, I’m not convinced that’s the only reason.”
Polite understatement of the year Chris. There is no denying other clubs wish to see Rangers punished for alleged wrongdoing of the past, but the direction the vote is going sees the distinct possibility that they are cutting their noses off to spite their faces.

There is the issue of the dissolving of the top flight, with the SFA/SPL/SFL in talks to create an overhaul of Scottish football, which would void this vote and potentially save Rangers’ place in the top flight, but it is prudent to opt for the assumption that this massive task will not happen and the Govan side will remain outside the top flight.

The smaller clubs cannot cope without the TV money and gate receipts a club as big as Rangers bring to them. An example to mull over is that Aberdeen get 12,000 attendance when Celtic visit, 7,000 when Kilmarnock visit, and well over 15,000 when Rangers do. Average of £25 (prices vary from £18 to £28) per adult ticket at Pittodrie. What do Aberdeen do when they lose at least 16,000 ticket sales from the absence of Rangers? That is £400,000 a season gone in an instant. And that is before the vast loss of TV revenue. Yet they are voting to reject Rangers?
The 25th of June 2012 was the day certain member clubs chose to commit financial suicide. Potentially not all would have voted to reject Rangers, but those who did dragged the others down with them.
Financial oblivion awaits the Scottish game.