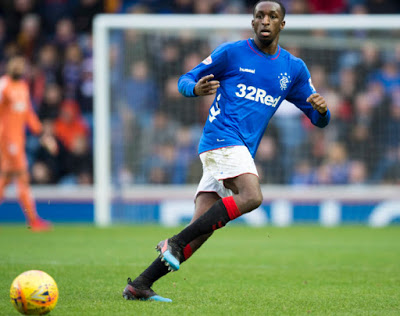 Steven Gerrard has dismissed as ‘made up’ stories linking Glen Kamara with Italian giants Juventus, but with Arsenal sending scouts to watch the Finn several times and fellow PL giants Sheffield United taking a known interest in the holding midfielder, the idea of the Serie A champions seeking Kamara’s services seem less pie in the sky now, not to mention Southampton and Norwich joining the suitors over the past half day.

That’s five big top flight clubs said to be looking at the former Southend United man, and we have to say Southend United and Colchester united to Juventus would be one of the most astonishing rises in modern football history.

Interestingly, if all of Juve, Arsenal, United, Norwich and Southampton, well known to be pretty wealthy clubs, are seeking the Finnish international’s signature, should Rangers be open to a sale the price for the ex-Dundee man is potentially sky high.

Word from Ibrox is he ‘isn’t for sale’ but then the reality is what Stevie has said the past 18 months, that football dictates every player has his price – this suggests if one of these five takes their interest to the next level and makes a serious bid, the ensuing bidding war could see a massive fee generated.

And then it’s up to Rangers to reject it.

There is the question of preserving the pursuit of 55, and not breaking up the squad, but can any Scottish club reject a colossal bid should it arrive?

We have little doubt the manager would dismiss these stories – and the irony is with no competitive football for a while, press agencies and agents are able to concoct these tales without the manager being able to reject them due to lack of media conferences, especially given official club channels rarely to never discuss transfer speculation.

But on the chance a glut of clubs are in for Kamara, we’d be very interested in how stubborn Rangers’ resistance is in the event of a bidding war.