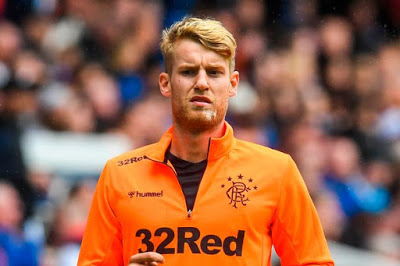 Rangers fans are set to get their wish after Steven Gerrard’s confirmation over Filip Helander’s foot injury appeared to indicate a return for the Croat.

The exact prognosis for the Swede isn’t too clear, but the extent of the injury was enough to require a scan and his missing Young Boys, and Steven Gerrard may be without his £3M summer signing for a few weeks yet.

Which all points to fan-favourite Nikola Katic getting a run in the side again, following his bright return performance against the Swiss on Thursday.

In truth many Rangers fans have no idea why the Croat lost his slot in the first place, especially with Gerrard’s admission his sterling form was what was keeping Helander out of the side, yet the ex-Slaven Belupo man was dropped to the bench regardless in favour of the summer signing from Bologna.

The Scandinavian’s performances have divided fans a touch, with his lack of physicality and pace a concern, as are his similarities to first-choice Connor Goldson, so the return of the big-hitting 23-year old stopper in his place is welcome in the minds of many supporters, even if no one wants a Rangers player to be injured.