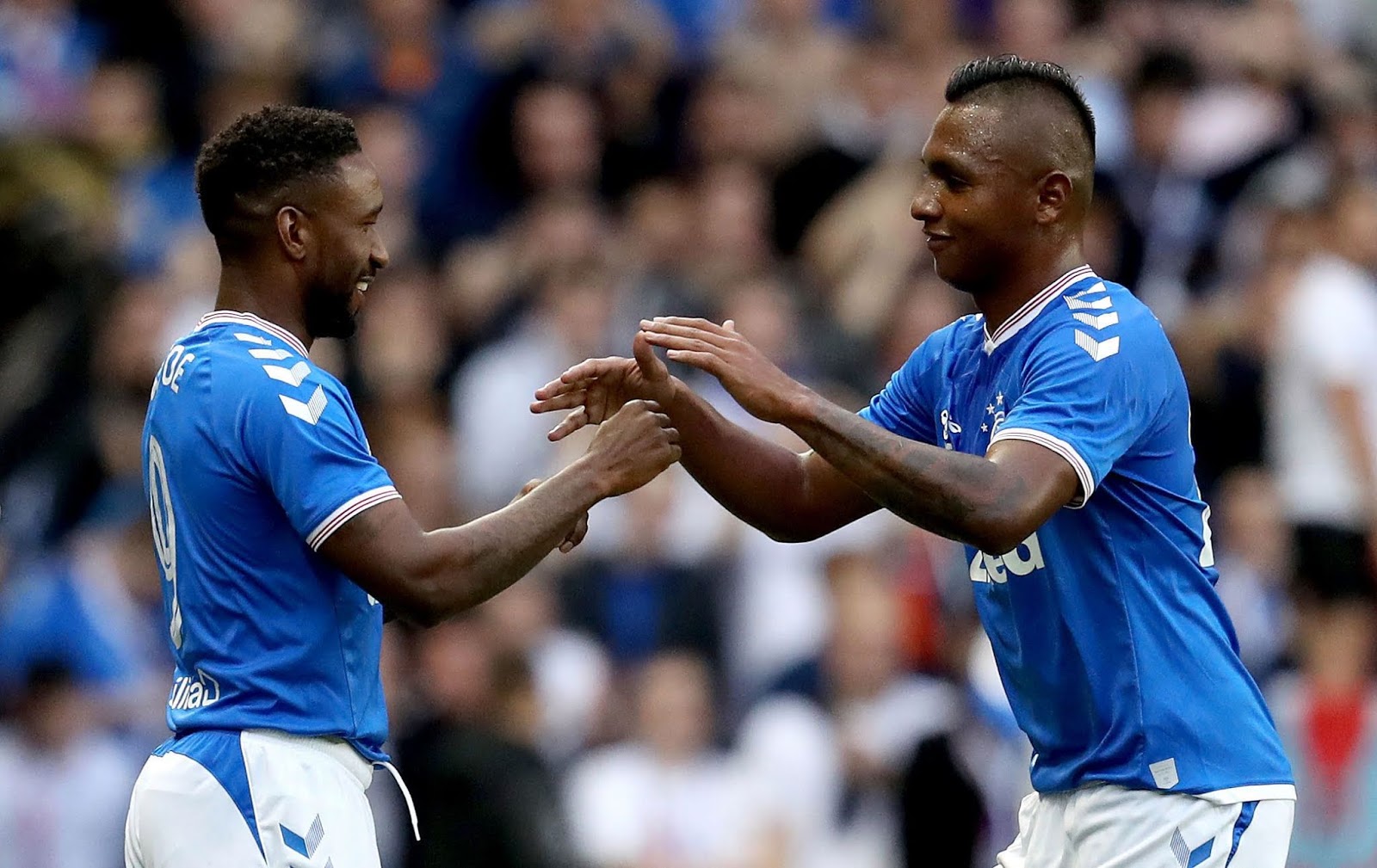 Yesterday’s superb win over Hamilton did a lot of good things for Rangers, not least putting Steven Gerrard’s consistent side on top of the table.

But one more subtle surprise was the potential change in system enabled by the addition of Alfredo Morelos as well as existing striker Jermain Defoe, as the two showed some real understanding late on to link up thanks to a sublime lay-off from the veteran striker on 77 minutes.

Did this passage of play open up a whole new pathway for Steven Gerrard to try a two up top?

Obviously there’s no need to change a currently-winning formula, and evidently top of the table is testament to how efficiently the system has been working, Old Firm aside.

But it gives Gerrard something previous – options.

He only previously had the one up front – there was literally no other route. True, one up top is the most common formation these days anyway – the McCoist and Hateley or Yorke and Cole days are a thing of the past.

But having a duo as a potential alternative possibility could really mix things up and cause havoc on occasions where using it as an ace up the sleeve is a weapon.

Too few teams, indeed if any, now use a pairing – it’s all about wingplay now, overlapping fullbacks and a front three trident. So a team which has a properly functioning partnership option featuring two red-hot strikers in the kind of form our pair are is certainly rare, and useful indeed.

That touch and vision which played Morelos through was glorious, and if the Colombian had just held his run a fraction earlier it would have been a stunning assist and clinical finish.

And it means the two, whose previous outing as a pair didn’t quite excel in the same way, could now be a serious option for the manager to use in the future.