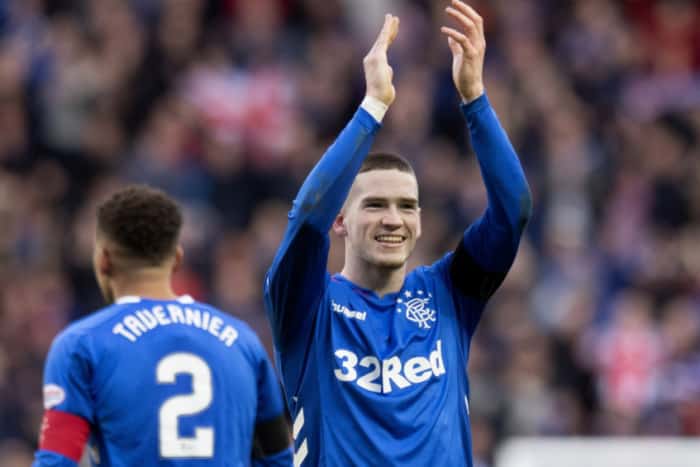 Some days ago we proposed a slight ‘conspiracy’ tale, a theory that Steven Gerrard ‘deliberately’ set out an absurd, ill-fitting formation against Celtic to minimise Rangers’ chances of winning, while maximising his chances of securing Ryan Kent.

The reaction to this idea was mixed, but we were surprised at how few people poo-poohed the notion and agreed that something was definitely up with the system Gerrard put out.

However, one of the most popular ideas in response suggested a different approach:

That Steven Gerrard deliberately put out a team with no wingers to showcase how insufficient he considered the ones he had at his disposal.

Now, this is a curious theory – Gerrard sanctioned the signings of Jordan Jones and Sheyi Ojo, two players whose displays have by no means disgraced themselves even if they’ve had varying levels of success.

Indeed, we at Ibrox Noise rather like Jones in particular, and it is thanks to he that Rangers secured their place in the Europa League group stage. But it’s become evident Gerrard isn’t his biggest admirer, and we’re not sure exactly how loved-up he is on Ojo either.

Enter Ryan Kent – did Stevie specifically elect to start with no wingers and put midfielder Joe Aribo wildly out of position on the left in order to emphasise his critical need for a player of Kent’s quality?

Indeed, win lose or draw with the team he selected Gerrard may well have been making his biggest request yet for Kent’s services, such was the difference the former Liverpool man made in last season’s Old Firm clashes.

Of course, it could be a load of piffle – Gerrard’s inexplicable selection could just have been a brain burp, for reasons we may never know.

But maybe he was outright demonstrating he wasn’t happy with the wingers he had and wanted to show how badly he wanted Kent.

Of course, there is one slight weakness with this theory – surely the best demonstration of showing how poor your players are is to actually let them play and demonstrate it to the world?

The truth is we will probably never know unless he fesses up in the future.

And that would be an interesting quote to say the least.