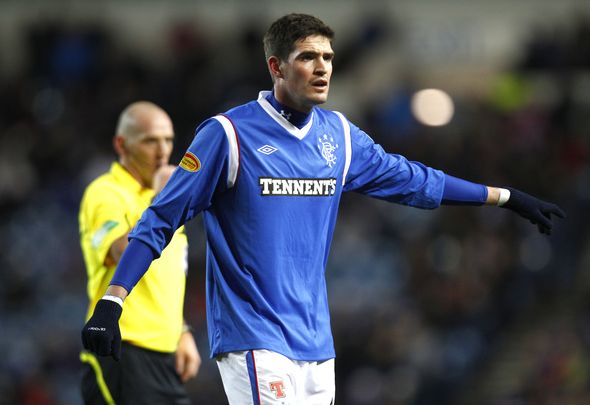 Kyle Lafferty’s return to Ibrox didn’t end up the fairytale the NI international would have wanted. In fact, it was close to a complete failure following a bright start after his £750K switch from Hearts.

But having formally left Rangers to pursue pastures new, the Ulster boy nevertheless said something on his exit which shows just how much of one of us he really is, and how much we mean to him.

“I need now to move on. Do I regret going back to Rangers? Not for one second, I’m still going to support them and go to games. That love won’t ever leave me. I will now be back to being a fan and go to games with my wife and daughter, that’s what I’m excited about.”

Whatever you think of the Bold Kyle, he truly is a fan, and despite a borderline toxic experience he has no bones about returning to Ibrox as a supporter and cheering us on.

After a few months of his return, Kyle lost his place entirely, and famously admitted publicly he didn’t mind if he played or not, just as long as Rangers won.

This alluded strongly to his mentality – a true team player, but maybe too much, and his lack of assertion and ‘selfish’ need to play probably counted a bit against him. It made him, strangely, a ‘soft touch’ and suddenly Steven Gerrard didn’t even need to play him. There was no dilemma.

It was, for us, what rather paved the way for his demise at the club.

But, nevertheless, he’s a real Ranger, and we wish him well for the future.