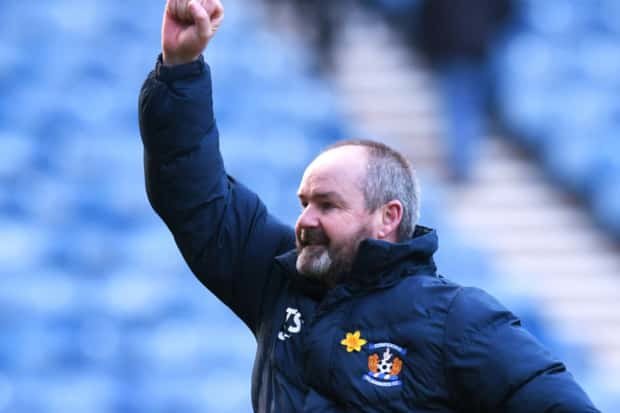 Following yet another anti-Rangers sanction within Scottish football with Killie’s ticket allocation announcement, we have to laugh here at Ibrox Noise at the absolute nonsense of the situation.

That Rangers supporters will only get one stand rather than two for the final match of the season, where no other visiting side will suffer the same fate completely belligerently guffaws in the face of Rugby Park’s reasons of the ‘continuing celebrations over Killie’s 150th’.

Obviously, Killie only have two home fixtures over the split, but we don’t see Aberdeen’s allocation being cut or any announcement about restrictions.

Put simply, this is an act in the continuing and escalating war between the clubs following Steve Clarke’s meltdown earlier this season, where he castigated Rangers fans for some naughty songs at him but barely touched on Celtic fans carrying out similar acts.

This season has seen a real rise in ill-feeling between Rangers and Kilmarnock, and today’s latest episode is just a way to get one over on Rangers. Sounds paranoid, but it’s also true – if Aberdeen had also been subject to this kind of act (or indeed any side who’s visited Rugby Park this season since they turned the big 150), we’d have accepted it – petty, but fair enough.

Admittedly, true, the Dons wouldn’t take half the supporters to Rugby Park, but equally we’re pretty sure home fans in Killie have been some distance off filling the stadium up. Hell, when Celtic visited a couple of months ago it wasn’t even two thirds full.

No, Killie’s biggest attendance this season was the 2-1 win over Rangers, when it was significantly over two thirds full but not enough to pack it out, and today’s announcement is purely spite at Rangers.

No one likes us. As per usual.