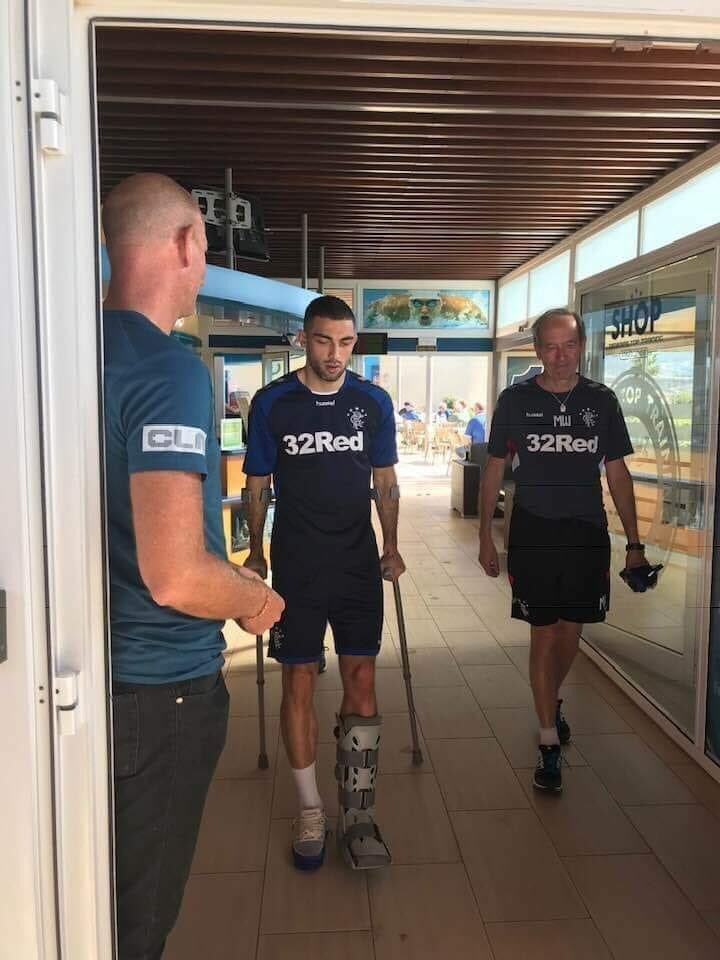 Rangers appear to have been hit with yet another untimely injury blow after Albanian winger Eros Grezda was photographed in Tenerife on a set of crutches with a brace.

The former Osijek man took part in training with no obvious problem, but the snap that emerged later on yesterday seems to speak for itself.

We can’t fathom any other reason why Grezda would be on crutches with a leg brace but for a serious injury, and it’s feasible it was sustained near the end of the session.

Steven Gerrard’s Croatian signings really haven’t worked at all so far, with Borna Barisic long-term injured it seems, Nikola Katic out of favour now and Grezda (admittedly Albanian) seeming to have joined the injured list.

If the winger is back in training tomorrow, hopefully this will just have been a bizarre and extreme precaution.