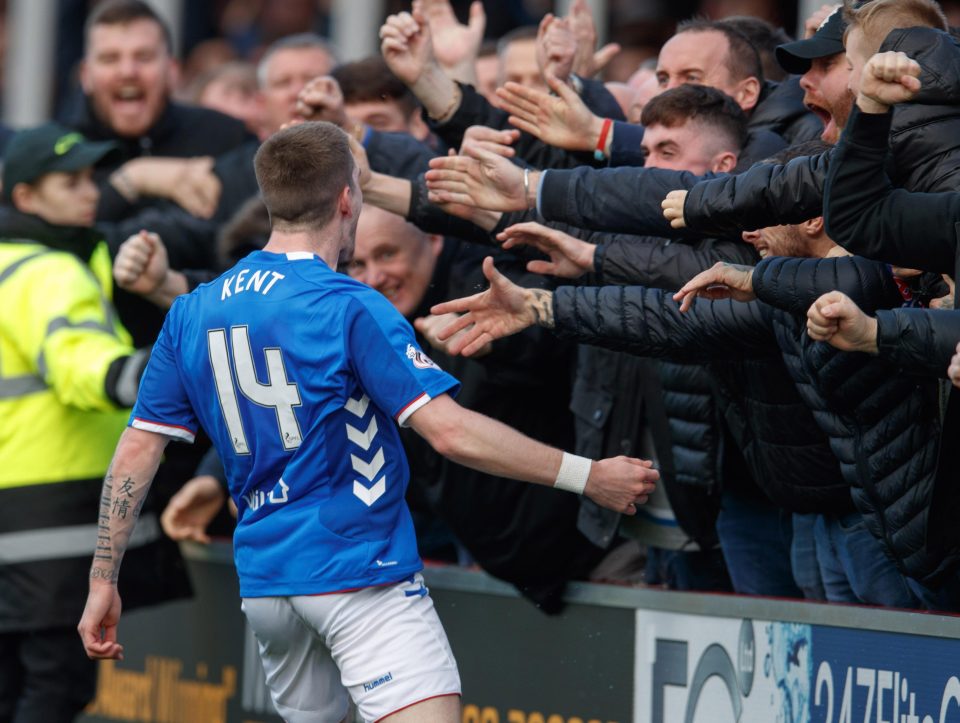 After a pretty astonishing turnaround in a match during which Rangers predictably struggled, a stunning 1-4 scoreline gives Steven Gerrard their first away win in the league since February.

But who stood out and who fared worse on this bizarre afternoon in Hamilton? Ibrox Noise brings you our post-match ratings as always:

Quiet one for McGregor – didn’t really have many saves to make, and was beaten all ends up for Boyd’s staggering goal. 6

Very good display again from Tav, he’s really hit form and becoming a true asset. Defending was solid and resolute, and intercepted many balls in the opposing half as well. Crossing wasn’t in much evidence but when you nab two penalties and essentially do nothing wrong the whole match, that’s tolerable. 8

Slow start but grew into things, Goldson hates artificial surfaces but managed to adjust as the match wore on. Was pretty poor for the goal standing off Boyd, and there was a hell of a fankle with Katic as well, but for his own part had a good game. 7

Oh boy, where do we start here. Firstly we were fully expecting Worrall to start given Katic’s public complaints about 3G, and his injury issues caused by them, so honestly his name on the team sheet stunned us. And his performance, if you can call it that, was absolutely horrific. A shadow of the pre-dropped Katic, this was a player in from the cold and who didn’t look like he feels valued any more. Constant wayward passing, all over the place for that Goldson mix up, and just honestly one of the worst defensive performances we’ve seen from a blue shirt in years. Dire. But we’re not sure we entirely blame him for this. 2

Solid, little got past him and while many were surprised he got the nod over Flanagan, he did himself reasonable justice. A decent if unspectacular performance. 6

The shock on the team sheet as Rossiter started on 3G much to the disbelief of pretty much everyone. It wasn’t a particularly great display quite honestly, he did work hard but we didn’t see the energy and movement and pressing we saw at Easter Road last season, and he made two or three hashes at tackles, while misjudging the ball a few times too. But, it’s his second start in the SPL so we do account for that, along with the awful surface. 5

Still isn’t matching his old form, and was basically anonymous until late on, Coulibaly really needs to get his act together and stop acting like a hundred year old engine that needs 25 cable pulls before it finally starts up. Great when in form, and a hard worker, but he still isn’t in that zone yet. 5

The most productive midfielder certainly, and made a few things happen. But it’s more an indictment of the other two that he attains that rating. He was more dangerous, more useful on the ball, and managed a few venomous shots but ultimately still looks like he absolutely doesn’t want to be here and honestly looked like he didn’t give a sh*t during the Morelos goal celebrations – his glum face was quite a contrast to everyone else’s smiles. We just can’t take to this guy however hard we try. 6

Quiet first half but what a goal – and then ramped up the second half with more running and particularly defensive work. It wasn’t his best display and nowhere near the level v Hearts and Rapid but he can’t play that way all the time. And he is certainly giving the shirt everything he has. 7

Hard working outing, not as inspired as previous ones but continuing the returning graft ethic that seemed to disappear lately. Didn’t do a tonne attacking wise but kept plugging away anyway. 6

It’s always fun when we get to rate Alf. Another eventful 90 from Morelos, with one outstanding assist and two brilliant near assists/play ins (Coulibaly and Tavernier), but struggled to do much as an actual 9 which is his main job. Until, that is, he wonderfully finished off an unintended assist from Candeias. A physical presence but also doing a much better job with his temperament and ignored all bait. And boy did they try. Was rewarded for his graft by that stunning goal. 8

This was a weird one. We knew there would be some changes given the surface and the international break and the fact it was away, but we couldn’t fathom Rossiter and Katic starting, or indeed Flanagan languishing on the bench. And until Tav’s first penalty, it was looking like another dark away day Gerrard had got wrong. He got a bit of fortune today, but maybe you need that to finally arrest the dreadful slump of away performances, and equally we won’t begrudge him that. However once in the lead Rangers were far too content with it, and didn’t work enough to increase it – pure complacency and it was Stevie’s half time job to make sure that didn’t happen. But… end of the day it says 1-4 and if you’re going to criticise the manager for things that go wrong, you have to praise for the things that go right, even if they were a tad fortuitous. 7

A truly odd one that didn’t really look like 1-4 but the points are what matter and finally Rangers have a desperately-needed win on the road.

And now three wins on the trot. Momentum.