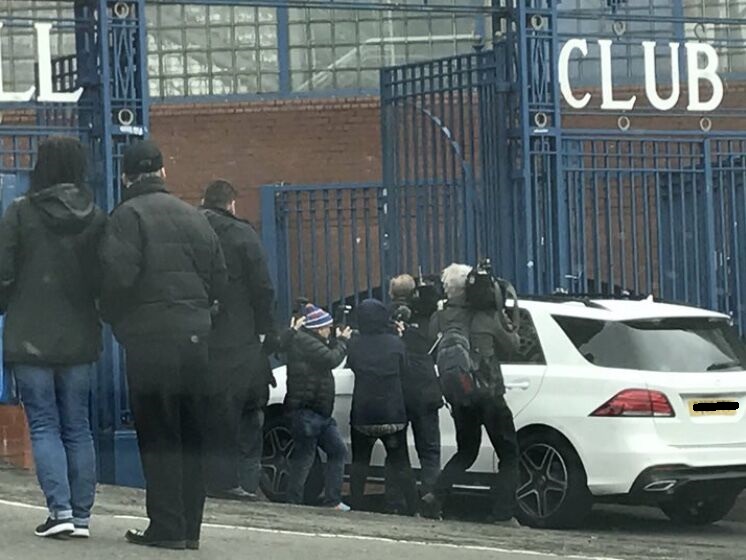 Steven Gerrard has arrived at Ibrox to sign a three year deal, and arrived in a rather modest car, it has to be said!

The 37-year old was pictured with his entourage driving into the famous gates amidst a media scrum trying to nab the perfect photo.

It is likely no one succeeded albeit not for the wont of aforementioned trying.

Sure, this might be Bessie the tea lady coming in for work but somehow we doubt it.

Rangers have confirmed a 15:00 press conference at which Gerrard will finally be announced as manager, and the focus on the Liverpool legend is set to be unprecedented, even for the Old Firm.

We wish him well in his new role albeit no one can guess how well, or otherwise, it will go.