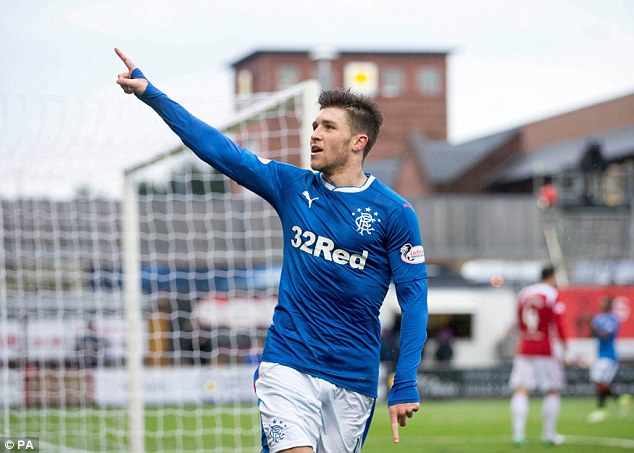 Josh Windass has had a very interesting campaign to say the least. After struggling under Pedro and Warburton before him, the forward hit huge form earlier this year and topped it off with a stellar goal against Celtic.

Unfortunately it has tailed off a touch for the ex-Accrington man and fans seem to be again divided over his contribution.

This hasn’t stopped Ipswich Town supporters monitoring him and advocating a summer move for the 24-year old attacker, despite his signing a new deal recently.

Ipswich lie a middling 12th in the Championship, having already secured Joe Garner and Martyn Waghorn, and their supporters appear interested in taking another Rangers man in the form of the controversial Rangers star.

It does seem Windass will never be universally liked at Ibrox, regardless of what he does, but would Rangers be willing to sell for the right price this summer?

“With the outgoing ‘deadwood’. the real areas that need strengthening are CB, RB and Left Wing. For the left wing role – the two that stand out so far are Josh Windass (Rangers FC) and Barrie McKay (Notts Forest). Both young so investment in them now could reap great rewards in the future which is why I think Evans could be pursuaded in purchasing. (Like Ward, Webster, Waghorn & Garner).”

With manager Graeme Murty’s own future heavily in doubt, Windass might see his future elsewhere if he were to lose favour via a manager who doesn’t rate him like Murty does. And his value is certainly higher under the new deal.

It is only ‘talk of the terrace’ but clearly Windass is being monitored by others and it’s one to watch.