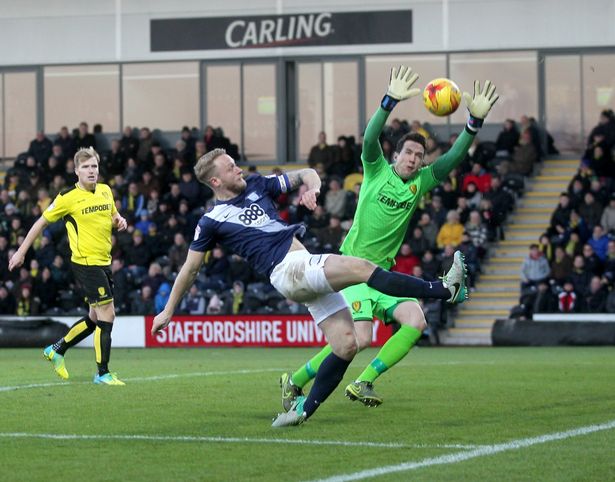 Graeme Murty, will be making up his mind who he wants to sign in the summer. It should include Hearts’ 30-year-old, 6’ 3” goalkeeper Jon McLaughlin. He is out of contract and will be available to Rangers on a free transfer.

The watching management team were distinctly impressed by his 5 star performance and a goalkeeper of his height coupled with his talent, can save dozens of points a season. It could be the difference between winning the league or 2nd place to Rangers.

Although McLaughlin is from Edinburgh, he had never played in Scotland before joining the Jam Tarts, having started his senior career down at Bradford City.

He has been a standout since joining from Burton Albion and despite being offered a good new deal to stay at Tynecastle, Jon is in no rush to decide on his future.

There will be plenty of interest in McLaughlin for their brilliant goalkeeper who has played a major part behind their fabulous defence abilities.

With every great save he made at Ibrox, the Hearts goalkeeper’s international claim grew stronger. McLaughlin’s Scotland credentials are becoming indisputable as he has been outstanding for Hearts all season.

With Celtic’s Craig Gordon out injured and David Marshall losing his place to Allan McGregor in Hull City’s goal, this leaves the door wide open for a new goalkeeping talent to emerge and McLaughlin’s performances prove he should be the front runner for his place.

So Alex McLeish should do himself a big favour and name McLaughlin and Rangers’ Jamie Murphy in his first squad when it is announced next month.

Levein would love to retain McLaughlin’s services but accepts that due to the money other clubs can offer him, that will be an unlikely outcome.

Although he turned in another terrific performance at Ibrox, he was beaten by James Murphy and a late Russell Martin goal which sealed the 2-0 win for another great Graeme Murty Rangers win.

Rangers could have won by five or six goals but for McLaughlin’s tremendous performance and Levein admitted the 2-0 result probably flattered Hearts a little.

Craig thought his keeper was different class again and John Soutar and Christophe Berra did very well. So that tells you pretty much about the Hearts performance.

The Light Blues have lost only once in their last 10 matches after Saturday’s win, so it reinforces how fabulous Murty is doing, as our manager but that the win was only 2-0 highlights what a valuable addition McLaughlin would be.