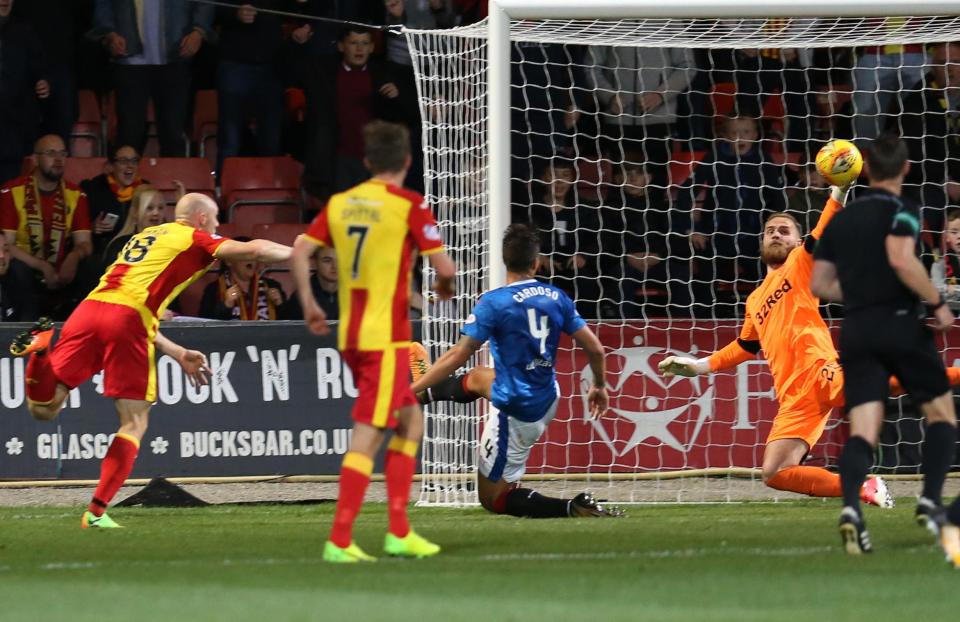 One player at Ibrox who has slightly divided fans, if not viciously, is goalkeeper Wes Foderingham.

Certainly the least of our worries, true, the 26-year old recently signed a year-long extension to his deal to keep him in Govan till 2020 at least, and the news was greeted with muted acknowledgement rather than widespread joy or despair.

Wes has been a reasonable stopper at Ibrox – no Goram, Woods, or McGregor, sure, but he has been a fairly convincing shot stopper overall. Many have had large concerns about his cross-ball collection, however.

Equally, there has been some attention on his ability to command his area, and the old ‘presence’ argument has made an appearance.

He has, however, been rather good with one-on-one blocking, last-ditch saves and his quick distribution and often accurate from deep to set off counters is a quality that gets rather overlooked.

However, on Tuesday night a gentleman called Jak Alnwick presented a new ‘problem’.

While not quite Goram with that impossible save from Van Hooijdonk back in the day, he produced around four absolutely excellent saves to stop Thistle putting the game out of reach before half time, and it has to be said, this 24-year old is not only putting pressure on Wes, but is showing the potential to become an fine goalkeeper as he develops.

Indeed, going by that display, Alnwick probably deserves more of a chance in Rangers’ goal, but ever since the shambolic Wattereus and Klos days where Der Goalie was robbed of his rightful place in goal simply because Alex McLeish suddenly preferred the Dutchman, Rangers have always had one first choice, one reserve, and they have never swapped places.

It is a nice issue for Pedro Caixinha to have – Wes has some fine qualities – he is not indispensible and has got flaws, but he has bailed his men out more than once.

But Alnwick really did step up to the mark – he will play the rest of the cup competitions this season, as Pedro has stated, and he really produced given his moment to shine.

It will keep Wes on his toes, and should the ex-Swindon man slump, Alnwick is there as a more than able deputy to take his place.

Many might argue Jak should be first choice, and maybe they have a point.

But that is why Pedro is paid the big bucks.