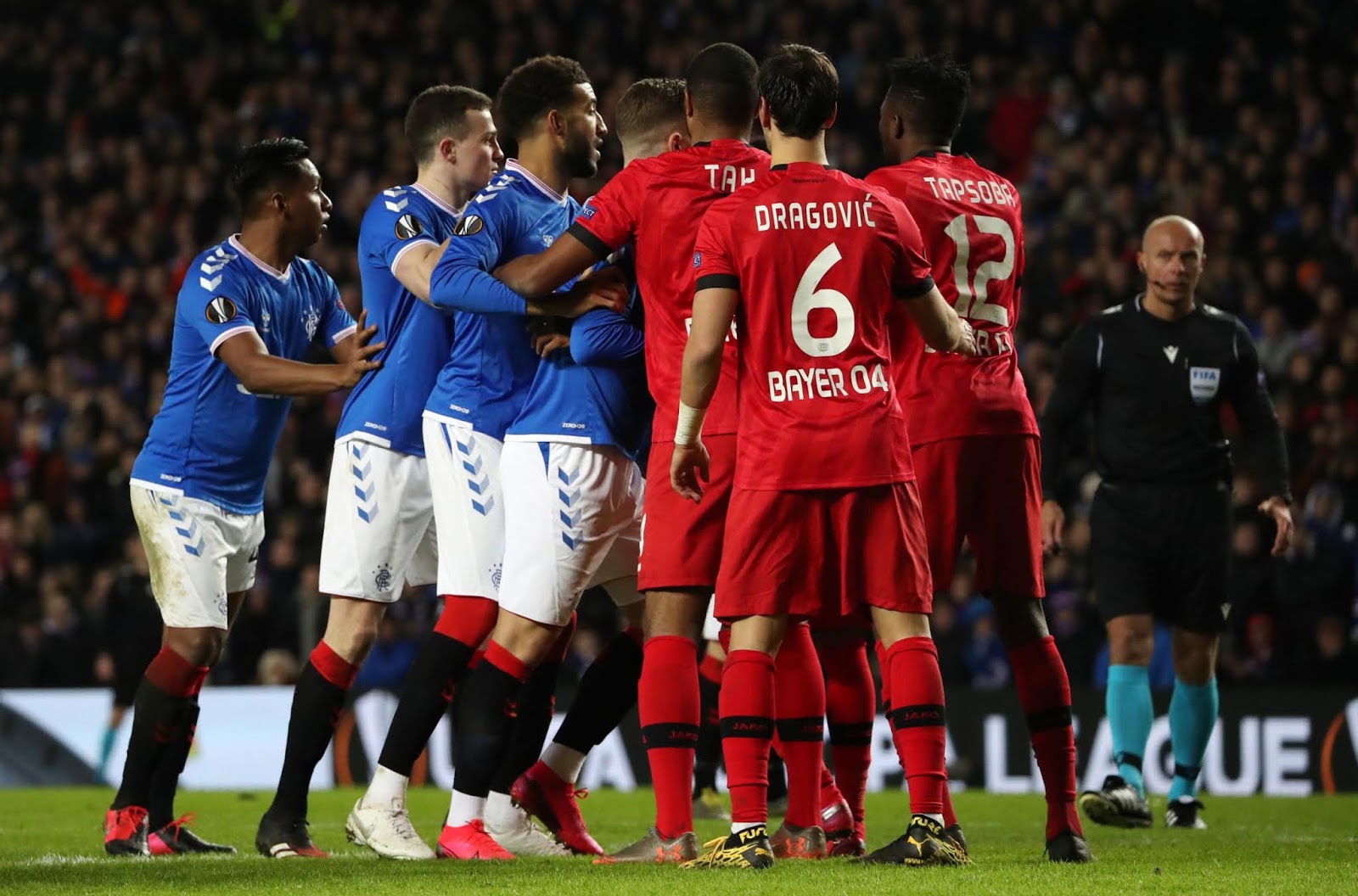 So, can we do it? Can we really put three past the mighty Bayer Leverkusen and give them a headache that even their aspirin can’t cure?

The fact is, Bayer have been out of action for a whole month, which means this is a totally different game.

Bayer play the intricate passing game, which is deadly (as we found out) when it goes right, but just now they have not played competitively together, for a very long time.

Then there is the second very important fact. Our shell-shocked team of last year sat back for 50 minutes before they realised they had to play!

Gerrard you have done wonders, but I cannot understand why you let a team of Leverkusen’s calibre take full control of the game.

Then, when we finally decided to lift our heads, and started to go at them, we found Leverkusen were nothing special.

This time around, some might say Rangers have a major problem with Alfredo Morelos, but Chelsea offering Kai Havertz (their version of Hagi) a 5-year contract could hit Leverkusen’s critical midfield.

So how do we see this game playing out.

Being honest, this is the craziest game I’ve ever had to cover.

Bayer Leverkusen played 3-5-2 last time, and there is no reason for them to change for the rematch.

But, five months later, Leverkusen are now in their summer break.

I have noticed it usually takes Leverkusen several games to get back into their stride, and during pre-season last year their defence was extremely shaky, and their midfield was disjointed.

Another important point is Leverkusen left Ibrox with 4 yellow cards, which is far more than their usual average. This shows Leverkusen are scared of Rangers; and I expect them to try to pull down our key players hard and often.

To win, our job is to get into their face, force mistakes, and transition quickly through their packed midfield. If we do that we will cause their shaky defence a whole lot of problems.

Gerrard has been playing a slightly modified trident up front, perhaps with this specific game in mind.

When this done right, with two overlapping fullbacks, this can play havoc against the 3-5-2 formation that Leverkusen seems to prefer.

So, it’s game time, and we really have nothing to lose and everything to gain.

After reviewing the last match, Leverkusen’s penalty was lucky, and we sat back too deep. We really do have the players that can beat this team, and even though the stadium will be empty, our hearts are full of hope.

This will be a match to remember.