Home Rangers What now for Rangers and Alfredo Morelos? 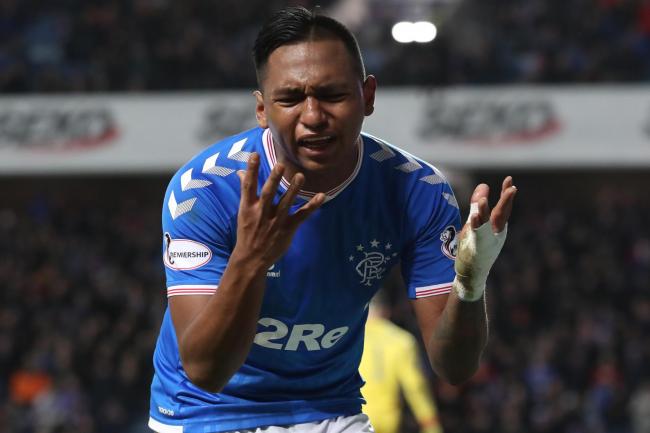 With Rangers rejecting Lille’s substandard submission for Alfredo Morelos, it is now evident that it is just a matter of time before the Colombian is out of Rangers’ hair.

The question is what happens in the meantime?

His agreement on personal terms confirms Morelos is ready to go – he’s done with Rangers and Scotland, and despite the fact the suitors weren’t even a PL club, his negotiations were successful and he was happy to go to Ligue 1.

But it fell through, because the French outfit wouldn’t pay Rangers’ asking price.

Which leaves Rangers with a slight pickle on our hands.

We most definitely have an unhappy player on the payroll, a player whose heart is elsewhere – but then his heart has been elsewhere since January 2018 so, in reality, despite his better spells of form, he’s always had one eye on the exit.

In fact, both eyes – he’s been abundantly clear that he always saw his future elsewhere, particularly in the PL.

And that’s fair enough, even if it has always been totally disrespectful to big up your future departure in the saturated manner he has for well over two years.

But that move never materialised – the move to the Premier League in England hasn’t happened. There are rumours Lille’s negotiations have sparked a club or two down south to finally make a move, and we will see if that becomes tangible, but for now, Rangers have an especially unhappy hitman on our hands and we know that his already dreadful 2020 performances will only get worse the longer he stays.

Which is why Morelos probably can’t play again for Rangers.

It’s true, failed transfers are part of football and many a time a player has continued on for his existing employer after a transaction collapsed – but there’s something different here.

Morelos has been a miserable bugger (for right or wrong) for way too long, with his lot at Ibrox – and now that his exit has been closed, for now, it’s only going to get worse.

In short, Rangers need to shift this guy off the wage bill – and replace him sharpish. He’s been going through the motions for too long at Ibrox, and he’s hardly going to be up for it at Pittodrie.

Will he be left out of the matchday squad, if he hasn’t been sold by then?

Only Steven Gerrard knows that.

But Rangers have no strikers, whether he plays or not, and Lille’s stingy bid has only made things worse.

Is it as bad as ‘let him rot in the reserves’? It’s getting perilously close to that now. If it’s not there already.