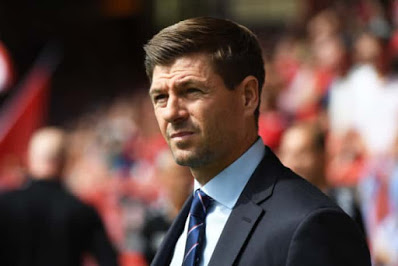 Rangers fans have been hit by a surprise development after under-fire RTC graduate Kai Kennedy was named in this afternoon’s B team match with Dundee United.

Following claims about his conduct at Auchenhowie, Steven Gerrard went public in criticising ‘ego’ at the Academy, in what appears to have been barbed comments aimed at the attacking midfielder, following reports he’d rejected a new deal and was said to be trying to engineer a move to Celtic.

But his selection in today’s B team for the reserves match does suggest a possible thawing of any potential ice between him and the club, and time will tell if there’s a way back for him at the club after the recent apparent acrimony.

In truth, few would question Kennedy’s talent, and he would be an asset to the club going forward, but something evidently has not gone well behind the scenes here to ruin the relationship between the parties.

In time, hopefully this first step can be seen as an olive branch towards a repair and recovery, and maybe relations can improve – we’d certainly like the kid to fix any attitude issues he might have and place himself back in contention for a first-team slot.

But that’s between him and the club.