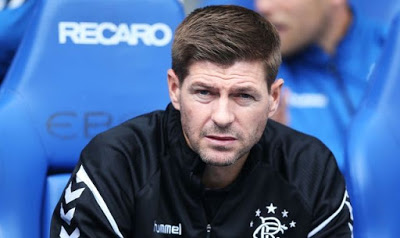 Despite reports Rangers are close to securing Croatian international Mirko Maric, at this moment with Jermain Defoe injured, Alfredo Morelos wanting out, Nathan Young-Coombes likewise and Greg Stewart being linked with Dundee United, Rangers have the biggest striking crisis the club’s suffered for many many years.

In short, Rangers have no one up front at present to travel to Pittodrie, and there are just three days, today included, before that journey north.

There is no one in the reserves/B team/whatever it’s called these days able to take the plunge and step up, and the senior squad’s resources have gone beyond breaking point.

Reports the past three days have linked Steven Gerrard with swift moves for aforementioned Maric, Peterborough’s Ivan Toney and Anderlecht’s Kemar Roofe, to name but three, and while the Bosnian-born Maric does appear to be the closest, the manager has been left in a terrible pickle by Defoe’s injury and Morelos’ attitude.

Don’t get us wrong, this wasn’t well-planned – fans have been screaming at the boss to make a move in previous transfer windows for strikers, and no permanent signings came in.

But no point crying over spilled milk all the time, this is where we are at, and now we have to clean up this mess.

As we suggested yesterday, a drastic solution was to sign a new striker and just throw him straight in – little preparation, little training, just sign and select.

And that could well be the high-risk high-reward Steven Gerrard has opted for should Maric sign up soon.

But in the here and now, at present, Rangers have no striker whatsoever for Saturday, and we sure as hell can’t see Morelos being part of it.

Greg Stewart may literally be Rangers’ only option up front, and in truth, it’s not exactly dreadful, but it’s not the level of firepower against Aberdeen we might have wanted. That said, he has scored against the Dons, his former team of course, 3 times, so he knows how to find the onion bag against them.

It is, however, not ideal prep going into the new season.