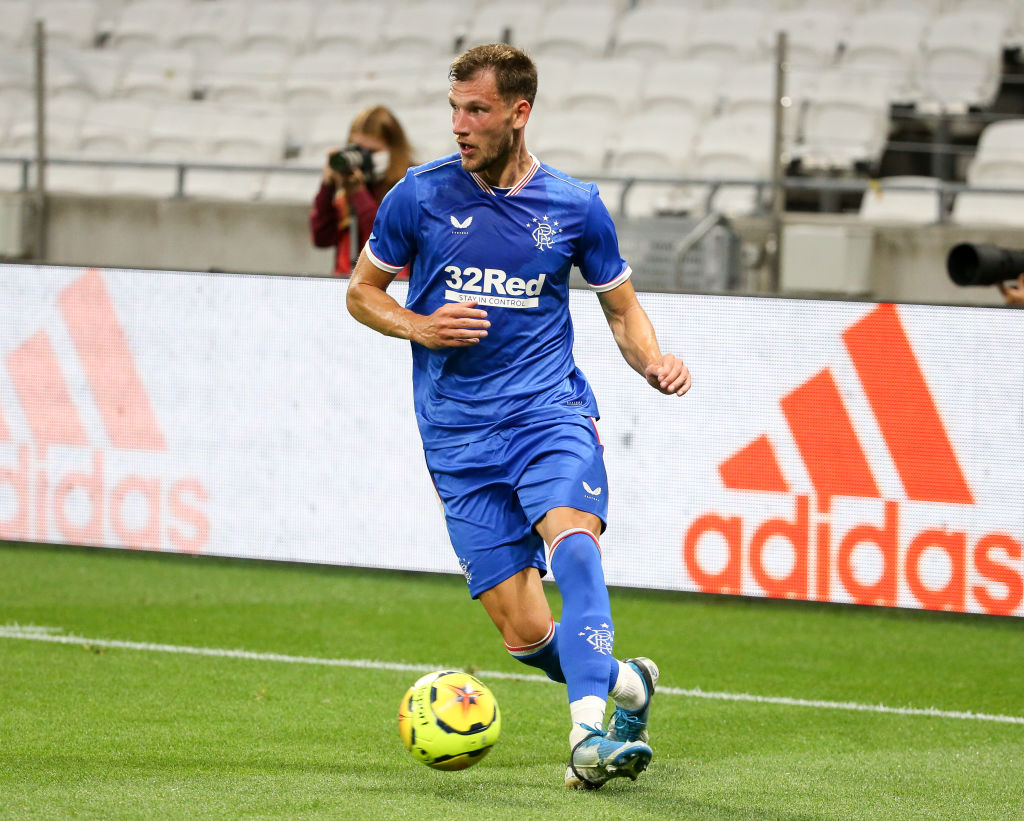 When Borna Barisic stuck one in the postage stamp last year at St Mirren, it was the start of an astonishing four-month burst of form where the Croat, who always did it for his country,finally started delivering for his club too, becoming the best LB in the SPL by a distance, and one of the best in Europe, topping the assist charts in the Europa League.

His form was bang on what we’d paid for, and more, but it had taken the best part of 15+ months to get it out of him – clearly the former Osijek man had benefited from a full pre-season at Ibrox and his confidence was far higher.

Unfortunately, his displays dipped dramatically after the new year, and in conjunction with head-turning interest in his services from AC Milan, and especially, the persistent Roma, the 27-year old seemed to lose his way (much like the rest of the team in truth) and reverted back to the previous season’s Barisic.

If this pre-season is anything to go by, he’s back to his razor-sharp best, however, and his assist cross for Ianis Hagi last night was about as ‘on a plate’ as a cross gets. It was very much like the two stellar assists he made for Alfredo Morelos in Holland last year and reminded us just how good this guy actually is.

He’s looked much more like his autumn self recently – he’s been beating defenders, crossing pinpoint balls, and looking much more like the way he was before all the speculation around his future began.

Bear in mind, Barisic signed a new deal in January, committing to Rangers long-term, and often when a player does this, his form rather downs tools and he loses focus – in his case he also had to deal with interest from big European teams, just as he was finally feeling settled in Glasgow.

That interest seems to have quietened down – we’ve not heard much from Roma’s advances, and that has clearly helped his focus.

The Giallorossi may also have been put off by his price tag, which is certainly in the region of the high £20Ms again. Despite all the claims about the recent crisis affecting player costs, it simply hasn’t, and clubs are selling their best players for exactly the same prices they used to. So no reason why a world class left back like Barisic isn’t worth the market rate for such a player.

And that is exactly what Rangers need.