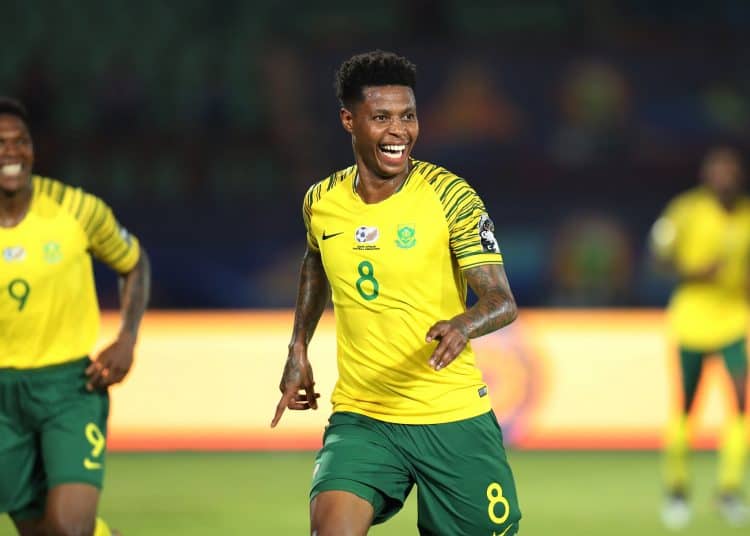 Potential Rangers signing Bongani Zungu has confirmed his position, and Rangers fans will be interested to hear.

Some outlets have him as a attacking midfielder, some claim he’s a defensive midfielder, and Ibrox Noise earlier portrayed him as a CM.

The answer, as always, lies somewhere in the middle.

In his own words, he plays where the coach puts him, but primarily his game is modelled on Ivory Coast’s Yaya Toure.

“Growing up, I looked up to Yaya (Touré). I used to watch a lot of games… Barcelona back in the day, and then when he was at City, even when I became a professional football player. Because I’m the type of player that invests a lot of time in football; I watch what top midfielders do, or if they have books or documentaries or anything like that. So I can say Yaya Touré was the biggest influence; he was very influential, in terms of when he was on the pitch, and the things he did.”

Starting to get difficult to pigeon hole the player.

“Basically, I played all the positions growing up! When I made my debut in the second division in South Africa for Dynamos I was a number 10, you know, and then I went to PSL (South African Premier Division) and played number 10 for Tuks (University of Pretoria F.C.), and then at (Mamelodi) Sundowns they decided to move me to 6… About Yaya also… There are a lot of players whose coaches are different. I’ll go as a 10 and a coach will see me as a 6. So those are the things about Yaya also that I read, and how that affected him or how it impacted him as a player, because it’s difficult to make that change.”

So his position? Somewhere in midfield, and modelled on Yaya Toure, which basically means a tubthumping colossus in midfield who can defend, power forward, and spread the play.

Is he a signing Rangers critically need? Well clearly the scouts and Stevie think so, otherwise we wouldn’t be spending practically half the summer budget on his services.

If this one gets over the line let’s hope he’s even half as good as his idol.