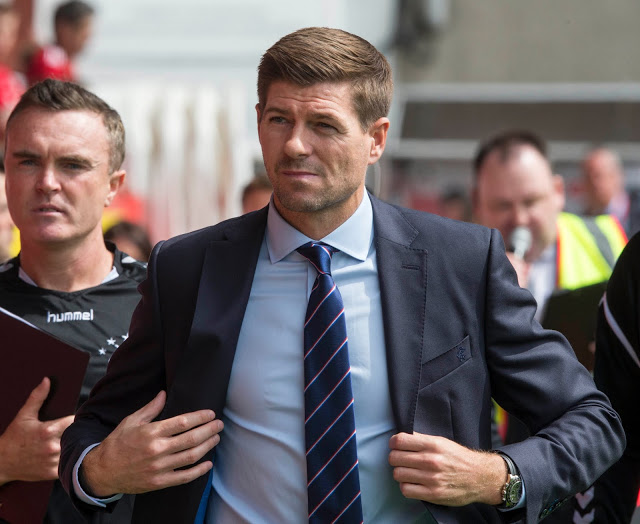 Ibrox Noise took some downtime lately as some of you may have noticed, but before the upgrade to the site, there’s the small concern of tomorrow’s season-opener at Pittodrie.

While Rangers have something of a striker crisis, well, so do our opponents, and it’s a rare occasion when two teams who basically don’t have a hitman come up against each other.

A match without 9s (unless Morelos surprisingly starts) and fans could be one of the most surreal things ever seen in Scottish football (and given the barometer for surreal in this country, that’s saying something) and even trying to guess how this match will go is anyone’s lottery.

Much has been said about the gravity of this season, with the press claiming Celtic are going for 10IAR and Rangers must stop them.

Of course, it’s 9.5IAR but they’re right about the pressure – even 9.5 would still be the Scottish record and it must be stopped, which means Rangers critically have to start with a win tomorrow.

There’s never been more pressure on a Rangers team than there is now, but unfortunately the mental strength just isn’t there.

Ibrox Noise posted a picture of ex-Rangers legend Barry Ferguson on our social media channels and the overwhelming response was how we need a guy like him in our team, a leader, a true colossus who took no prisoners.

Let’s face, it, by comparison our current team is weak, mentally fragile, and worst of all, they admit it – look at Tavernier’s pathetic match notes last season and Kent’s concession we thrive as underdogs.

This isn’t a team who believes in themselves, not even remotely.

The only way they can believe is by winning, by putting a run together – and it’s beyond imperative that tomorrow is the start of that.

Put simply, the league is already over if Rangers don’t win – it’s become that essential. Because Celtic WILL beat Hamilton, and that would be a two or three point deficit – and losing mentality yet again.

Do we believe at Ibrox Noise – we would say that we want to. We want a Rangers to believe in, and that if they give us something to cheer, we can believe in them more.

But it’s on them to show us they’re for real, and not another season of losers as they’ve been for far too long.

We Are Rangers. Let’s prove it.