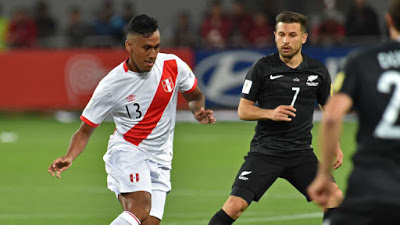 Long term Rangers midfield target Renato Tapia has confirmed he has rejected Rangers, and Celtic, and will move to Spain.

The Peruvian DM, formerly of Feyenoord, became a free agent this summer and had been heavily linked with both Old Firm clubs, with Rangers in pole position, but his agent confirmed that he will be going to La Liga:

“Renato Tapia has practically closed an agreement with a team from the Spanish LaLiga.”

Carlo Gonzalez, his representative, told this to a Peruvian outlet recently, and that 100% confirms, if there were any doubt, that the experienced mid isn’t coming to Ibrox.

Shame really, very good player with a hell of a CV at his age – he would be quite an upgrade on Glen Kamara to say the least, but he’s off to Spain, with Atletico Madrid said to be the rumoured destination.

But officially it will not be Rangers.