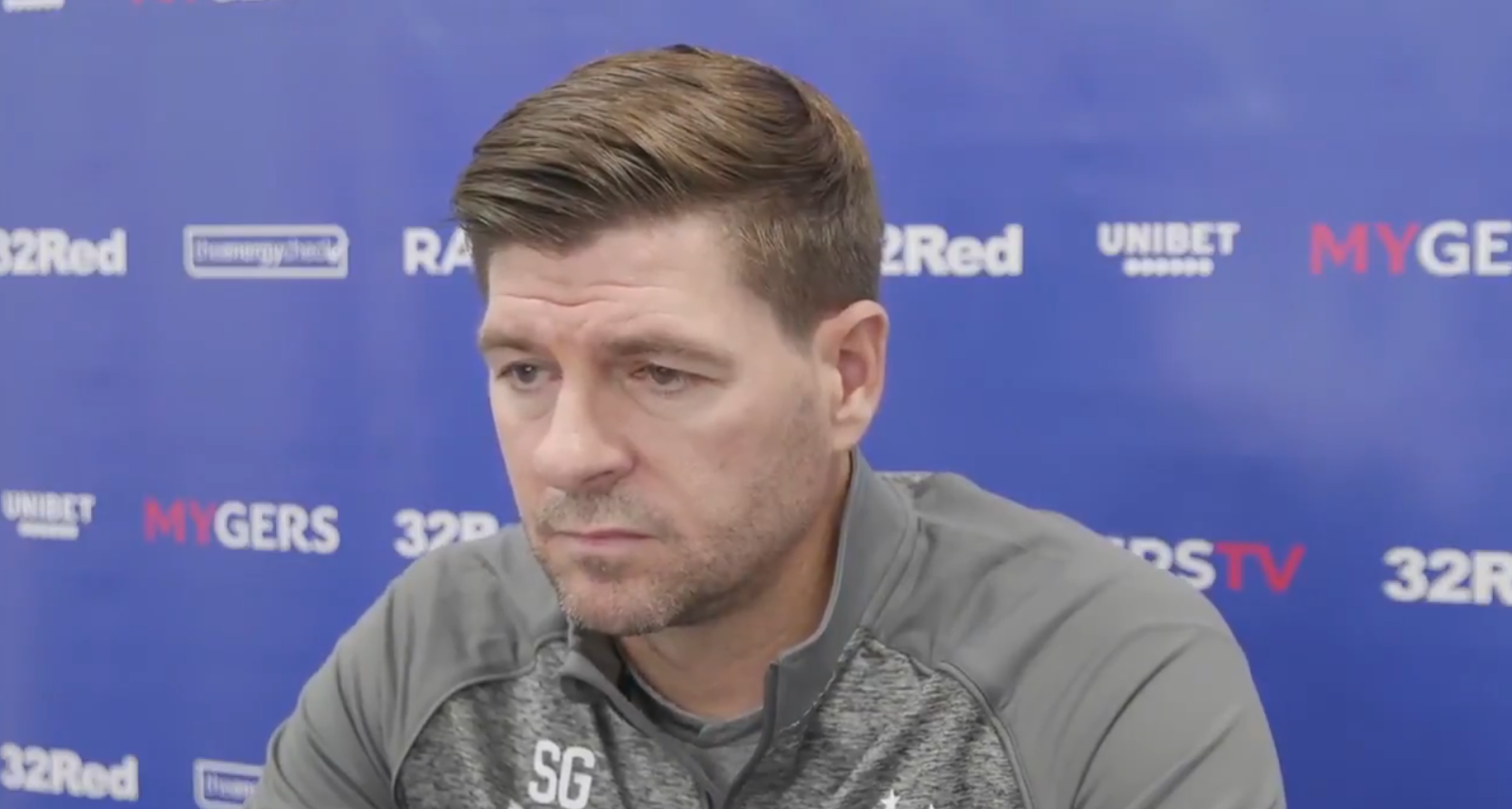 With just one day left and no striker signed, Rangers are in a bizarre situation which we must admit our readers are more than a bit outraged by.

The overriding message we’ve picked up from you is that now Alfredo Morelos’ head will not be ‘at it’ and Rangers have managed the situation dreadfully to end up in a pickle whereby we have a 100 midfielders but not enough forwards.

In short, unless Gerrard does dip into the youths, or relies on Greg Stewart, Rangers really don’t have a single striker for tomorrow.

The manager today kept his cards close to his chest, and for the first time since becoming manager, was cryptic about who would start up front.

Rather than confirming Morelos would start, or denying, he avoided the topic and told his presser that they’d find out 75 minutes before kick off.

He has admitted that Lille are in for the forward, but that their bid just isn’t big enough. At least, he said that in manager-tongue by saying a deal is ‘miles’ off.

So what does he do come tomorrow. Honestly? It’s a complete mess. Rangers have failed miserably to replace Morelos, to sign a striker who wants to play for this club – late on Friday now with less than 24 hours till the season-opener and Rangers remain in the same position we were before the window – in fact in an even worse one. Back then we had (probably) wantaway Morelos, fit Defoe and the possibility of Dykes coming or Kamberi returning.

None of this has borne any fruit and with Defoe out for a long time, Morelos definitely wanting to leave, and no strikers arriving, we can’t understand why a day before the big match, nothing happened.

We want to be optimistic, not negative. We want to tell you everything is good, and we’re happy. But we don’t do propaganda.

Of course, despite it all, if we go to Pittodrie tomorrow and win, convincingly or not, then things will feel a bit better.

Because we need that win. So badly.

It’s just the prep towards it has hardly been inspiring.