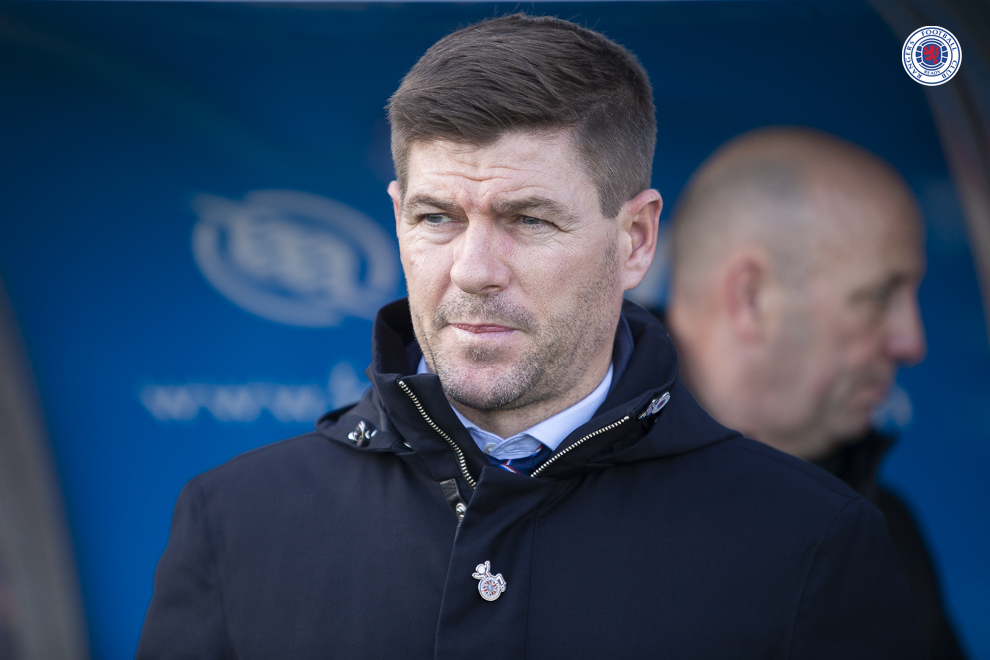 Kyle Lafferty yesterday made two eye-opening reveals about Steven Gerrard which surprisingly failed to make an impression on the Scottish media, despite the fact they perhaps were not the most positive comments.

Speaking on Si Ferry’s excellent Open Goal show, the two-times former Rangers player gave an extended interview and dropped some intriguing insights about his career overall, but it was what he said about Steven Gerrard that was the most revealing of all.

First, he suggested, strongly, that the tactical know-how and technical structure of the team is pretty much Michael Beale and NOT Steven Gerrard. In comments reminiscent of how Walter Smith was the brains behind Graeme Souness’ era at Ibrox (by Souness’ own words), Lafferty said much the same of Gerrard’s assistant.

Indeed, when we watch training videos from Auchenhowie, it is Beale’s voice we hear the most, and Beale giving the most team speeches and instruction, and as daft as a brush as Lafferty is known to be, he’s an honest one, and this is a very interesting comment about the management structure.

The second comment is even more telling, and hints at suggestions we’ve made about favoured and unflavoured players – Lafferty implied Gerrard’s man-management is far from great, saying the manager keeps to himself and is uninterested in banter or any ‘fun’ with the players, particularly those he doesn’t ‘favour’.

Now, many ardent Gerrard backers who think he can do no wrong might claim this is serious business and the players must get down to work. And that is true. But even Walter knew to laugh with the players, to have chemistry with them, and to be their friend as much as their manager. He won their respect by showing he was human.

Gerrard, going by Lafferty’s claims, doesn’t do that, especially the ‘out of favour’ players, and rarely gave him any constructive praise for good performances, and certainly wouldn’t ‘joke’ or have any light hearted banter with him.

This is a very telling sign – Gerrard appears to treat players as robots, and doesn’t seem to have a lot of humour about him behind the scenes, going by Lafferty’s comments.

And players who don’t have much chemistry with you are going to struggle to run through walls for you.

Obviously this is only one man’s comments, but he’s one of us, and truly dyed in the wool – he loved Gerrard growing up but the manager in person seemed not to live up to that.

It’s up to the individual if they trust Lafferty’s views.