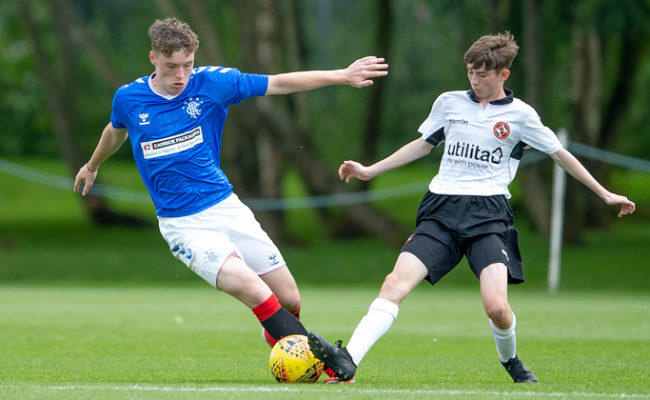 Ian Durrant’s suggestion today that 16-year old Leon King could be a replacement for Nikola Katic is irresponsible, naïve, and putting unneeded pressure both on Steven Gerrard and the young man himself.

Of course, Stevie isn’t going to listen to pundits at all, such is his wont, but for Durrant to imply a 16-year old boy is ready for the first team really is astonishing at the most ridiculous level.

But to the best of our knowledge only one defender was ever good enough at that kind of age to break into their first team, and that was AC Milan legend Paolo Maldini at 17. And he was pretty exceptional.

Leon King, as promising as he is, does not need some club legend encouraging him into the first team when he is absolutely not ready for it.

Look at the world class Billy Gilmour. The kid is easily the best Scottish player since Barry Ferguson and Allan McGregor, and by today’s numbers could fetch beyond £50M. But no matter how good he was, no matter what Chelsea saw in him at 15 and made them sign him, no part of them was interested in sticking him into the first team on ability alone.

He was simply too young.

It takes more than just being an incredible prospect to play a part in the first team, it takes maturity and growing up – and few younger than 18 really have the mental fortitude to crack on at 16 or even less.

Not even the remarkable Gilmour.

In the last 20 years in the UK only Gerrard and Rooney have made debuts as freshmen, and these two were astonishing players.

We want King to be the same, but unless Rangers are in no doubt he’s the best in his position since David Weir or even earlier, this is a route we don’t want to see.

And we know Gerrard won’t do it anyway.

No, Leon King must develop further, and in a year or two maybe get a place on the bench if he continues to grow as he has.