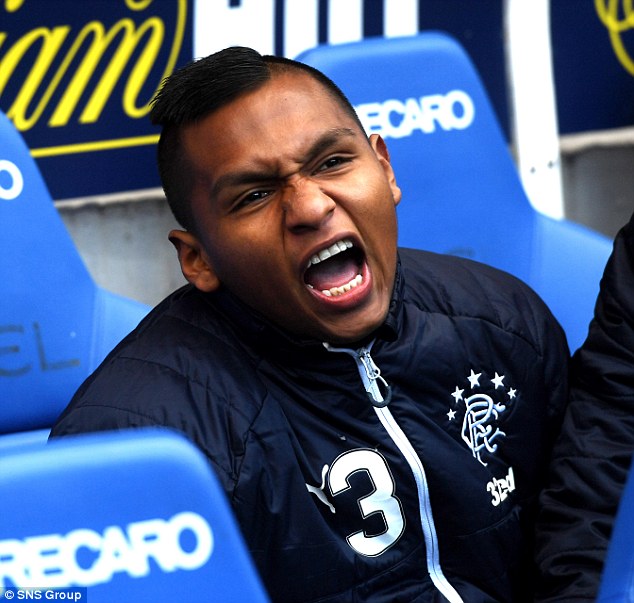 As many Rangers fans will know, a story spread recently about how Alfredo Morelos’ agent, a Mr Miki Bouraoui, had expressed the act of offering Morelos to Italian giants Napoli:

“The possible arrival of the Nigerian (Victor Osimhen) excludes the engagement of another attacker, I’m talking about Alfredo Morelos. Last year he was the top scorer in Scotland and this year he scored a lot with Rangers. I had proposed him to Giuntoli who had given me his blessing. He is a very valuable player in which there are several clubs interested especially in the Premier League, but his preference is to move to Italy.”

Only for Morelos’ actual agent Michael Gorman to call Bouraoui a liar, because he’s not actually representing the Colombian at all.

But the strange story here is Bouraoui isn’t necessarily lying, if he even exists, it’s the outlet Calciomercato Napoli that claims he’s Morelos’ agent.

Just who is this Bouraoui chap? He seems to be a spook, someone made up to create a negative Alfredo Morelos story – far be it from us to suggest Celtic would plant this nonsense, but we know their fans are obsessed.

The name Miki Bouraoui draws a complete blank, and is only mentioned in this one story. A simple search would show Michael Gorman is Morelos’ agent, and we don’t know what the source is getting out this story.

The nonsense of this tale is highlighted further given Morelos is on record about 400 times saying his preference is England, and that’s his career goal. We know this. There is no way he’s changed to Italy.

This is not to say a move to Serie A is unacceptable to him, but if you’re going to make piffle up, you might as well use a touch of truth in there to make it look convincing.

No one has a clue who Bouraoui actually is, or why this name was reported as making nonsense up about Morelos, but we can’t help wondering if a few of our green and white chums had a part to play in it.

Wouldn’t be the first time…