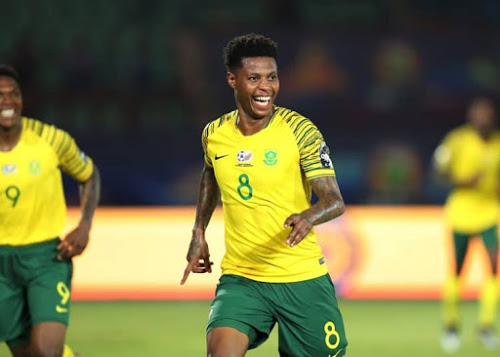 With reports South African international Bongani Zungu is very close to a £4M move to Rangers from relegated Ligue 1 side Amiens, many Rangers fans appear baffled as to the need for another midfielder when striker and defence remain shaky.

Zungu, a ‘Yaya Toure’ type (by his own confession), appears near to completion, with the powerhouse midfielder in the last year of his deal, but many Rangers fans appear a little confused as to the transfer window altogether.

One argued to us that Rangers appear to be reluctant to spend £2M on Lyndon Dykes despite having no striker, but are happy to add to our 8+ midfielders with a £4M extra despite his being only 12 months away from being a free.

There’s also the utter curiosity that Rangers already have a glut of players in his position, with the especially in-form Joe Aribo becoming firmly-established as Rangers’ primary attacking midfielder.

In short, why on earth, these fans are asking, are Rangers signing a player we don’t necessarily need, for the highest transfer fee we’ve paid, aside Ryan Kent, in around a decade?

It is a strange one, and naturally the others in the support tend to retort with ‘give him a chance’ and ‘trust in Stevie’ etc, which is their want and their prerogative.

But dynamic midfielders are not something Rangers really lack, and it’s a hell of a lot of money to shell out on another one – Aribo, Greg Docherty, Ianis Hagi, Ryan Jack and Scott Arfield are all Rangers’ existing options in that slot (and we’ve probably forgotten a few), so quite why we’re bringing in a sixth one we’re not exactly sure.

But, the deal seems close now, and while Rangers go without a striker for the trip to Aberdeen, and struggle for depth in defence (Helander isn’t near match fitness and Balogun has only just joined and isn’t fit either) , it appears another midfielder is coming in.

Your guess is as good as ours, folks!