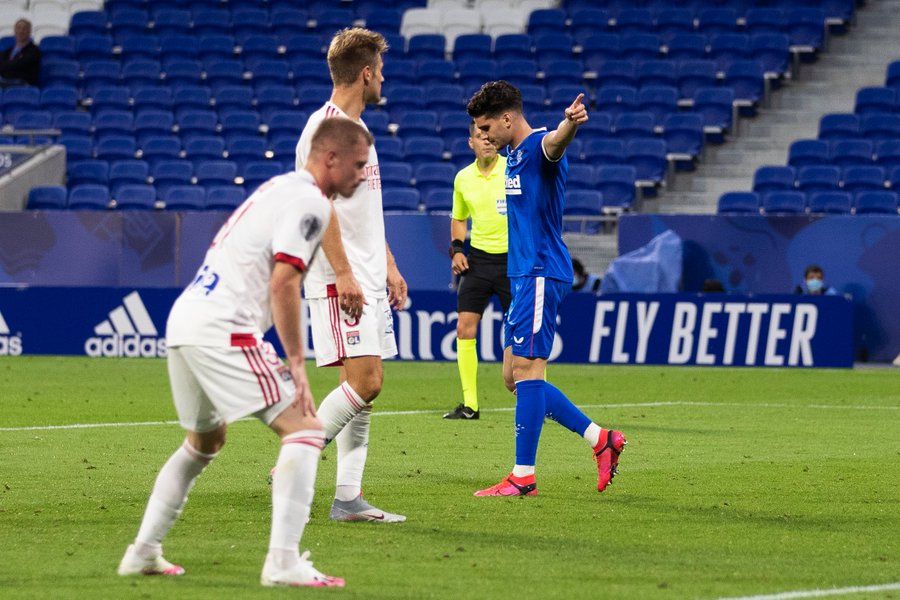 Here’s your Ibrox Noise ratings on a very decent evening for Rangers fans.

Didn’t have a tonne to do but was mostly neat in what he did. 6

Extremely lazy with the ball, giving it away multiple times, and defensively all over the shop, but did provide one or two excellent forward balls. 6

Quiet but solid enough – a few misfiring balls forward, but mostly cleared his lines and read the play reasonably. 6

Made a brilliant case for a permanent place, with a well-managed and solid outing which continues to show his impressive qualities. Lots of clearances, good positioning and was absolutely done by the ref for the free kick that wasn’t. Great show. 8

Continues his good pre-season form – was solid v Hamilton and was solid again tonight – some good balls into the box and showed a spark of pace as well. Seems like he could be over his post-winter blues. 8

Composed, smooth, and rarely wasted a pass – was even heard leading by example, instructing Croat team mate Barisic about when to pass and when not to. For someone known for being quiet, he does actually command well out there. 7

Industrious but not as dominant as he can be, Jack looked a little off the pace and wasn’t helped by the clash with the opponent. 6

Can’t say we noticed him at all. Quiet, anonymous and very tepid. 5

Ok, bit naïve on the red card but can also argue a case for it being a touch unfortunate, but his setup for the opening goal was excellent and showed his burst of pace for the damage it can do. Was a little rusty otherwise. 6

Wasn’t in the match a hell of a lot (out of position on the right will do that) but scored two goals and can’t say fairer than that. 8

One, maybe two runs and that was it. Hardly got a sniff of the ball. 5

Wow, what a standout – we didn’t think he had this in him, but this was by miles his best performance in a Rangers shirt. Shows what a pre-season can do for a player. Really hungry and showed electric pace. He’ll be delighted with this. 9

Really poor and out of his depth, the young LB was caught ball watching and lacked any composure to read the ball. A slip didn’t help him. Not great. 5

Bit lacking in composure both times he could have used more, Jones showed desire and energy but that lack of polish has been an accusation at him since his Killie days, and he needs to get more clinical. 7

Defensively great, nothing got past him – no reason to sign Dennis Gyamfi when we have an 18-year old RB of this quality already in the side. 8

Steven Gerrard will be happy with the performance, and the result, and will feel the stale-looking starting XI he picked vindicated him. Sure, only a friendly and all that, but they were hungry, and most of them showed they want to play for this club. He will be fairly content with this. 8