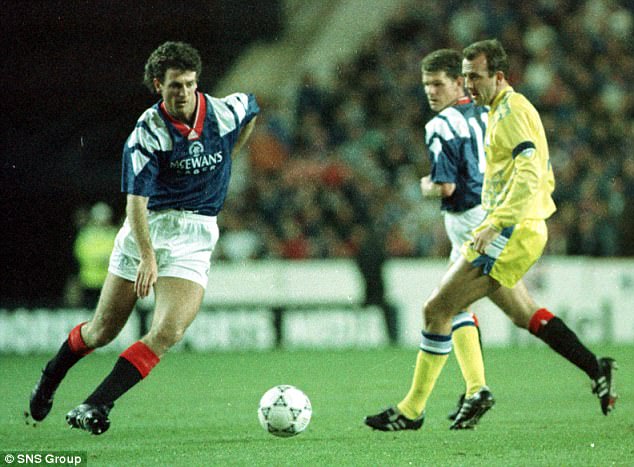 So the last time we dared to discuss another club, Liverpool, some absolutely blasted us for doing so with the ‘I thought this was a Rangers site’ comments.

Well, it is, but we also see the world of football too, and if you don’t like that, you know what to do!

Now, with that said, Leeds United’s much-awaited return to the PL is frankly a good-feeling story for football. A fallen giant of football, one of historically the world’s biggest clubs, just like us consigned to the lower leagues through financial mismanagement (whether right or wrong in either case) and after 16 years finally get back to where they belong.

Leeds need to be top flight – it’s a giant city and it needs its representative side in the top flight of the country’s football league, and of course as Rangers fans of a certain vintage will remember, we have a bond with the club from 1992 (Gary Mac will know this all too well).

Not just our parallel fates in recent years, but our Battle of Britain for the inaugural Champions League.

Now, this comes with a caveat – Leeds fans, historically, have always been utterly abusive towards us, towards those we know – not pigeon-holing all of you as unpleasant, but those we’ve encountered sadly have veered into that direction.

So we’re not happy for the supporters, especially. Certainly not the ones we’ve known. All the nice one can feel free to set us straight.

But we are happy for the club, the players and the reputation. We know what it’s like to be lower-league and not deserve to be there.

We know what it’s like to fight your way back.

Of course, the real battle starts now. Leeds are yesterday’s team – your name will not be enough to attract great players. Rangers, thankfully, only had to wait four years to get back, so we’d not lost too much time – but 16 years is a football generation. And Leeds now have a huge fight to even remain up.

But we hope they do. And we hope once again, some day, to meet you again be it a friendly or in Europe once more, and lock horns.