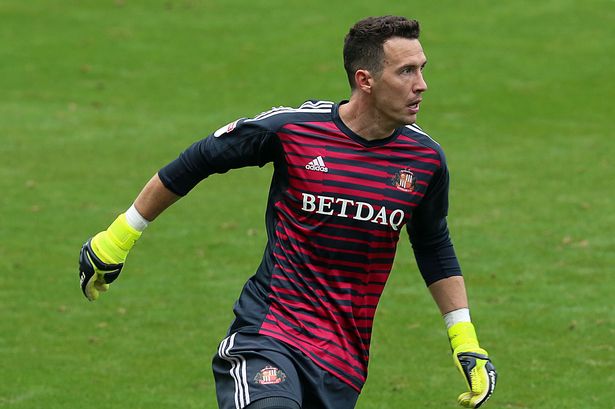 Rangers’ reported interest in ex-St Mirren stopper Vaclav Hladky may be something of the past if new interest in soon-to-be free agent Jon McLaughlin of Sunderland is anything to go by.

The Czech goalie, 29, has been long-linked with a move to Ibrox, with outlets claiming he’d be signed and sealed within seven days some two or three weeks ago, but it’s becoming apparent that the deal to bring the former Liberec man to Ibrox is starting to fade dramatically, if that is, it was ever on, and Rangers have turned their attention to the former Hearts and Bradford keeper, 32.

Of course, Rangers won’t be alone in their interest, with Blackburn reportedly poised to offer him a deal – we assume Celtic will too, just because Rangers are in there.

But the obvious issue Rangers have is what Ibrox Noise alluded to some weeks ago – replacing Wes Foderingham and Jak Alnwick with a good keeper who is proficient enough to deputise Allan McGregor but lack the ambition to demand the jersey themselves.

And this is why Alnwick left certainly – the stopper wasn’t content with being second-fiddle, and was happy to go out on loan to get minutes.

So finding a keeper good enough to be sufficient when called upon but not ambitious enough to demand the jersey themselves is a tricky prospect, and yet McLaughlin had 32 appearances this/last season in League One.

Is he good enough to be a Rangers goalie as deputy without complaining at not being first choice?