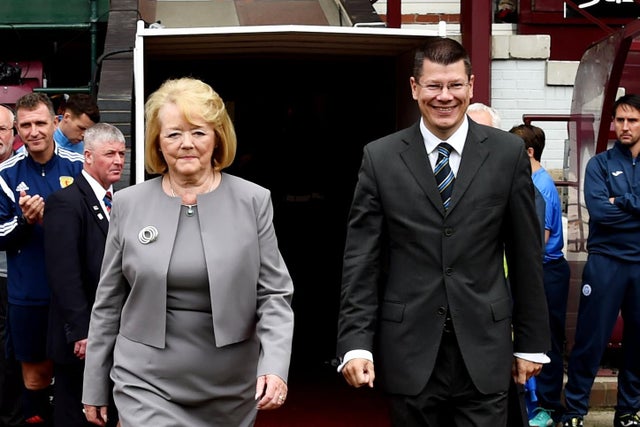 This morning’s ‘decision’ to abandon reconstruction was no shock, with only a small portion of Scotland’s 40+ clubs supporting the plans.

Hearts’ Ann Budge has confirmed legal proceedings are now underway, and while we aren’t overly worried about Hearts’ fate, we’re big enough to be better than the petty clubs of the past that just wanted to sink Rangers, spiting their own faces.

The reality is Scottish football is stuck. It’s in a mire. It’s in a mire of its own making and it’s filled with stubborn people dripping with their own agendas.

And today, yet more plans to change things were shouted down pretty quick – 16 clubs were in favour of these changes, which is actually more than who favoured Rangers’ independent investigation motion, but still isn’t enough to enact change.

Were words said behind the scenes? Who knows. Did the SPFL unduly influence clubs into rejecting these plans? We can’t say.

What we do know is Hearts and Partick are officially down with no way out aside the courts, and that is the route the Tynecastle side are taking.

As for Rangers? It didn’t affect us. It was never making a different regarding the outcome of the league title, and we have no vested interest here other than any notion of improving the Scottish game.

Do we care enough any more to want that?

It’s one we’d leave with you guys and gals.