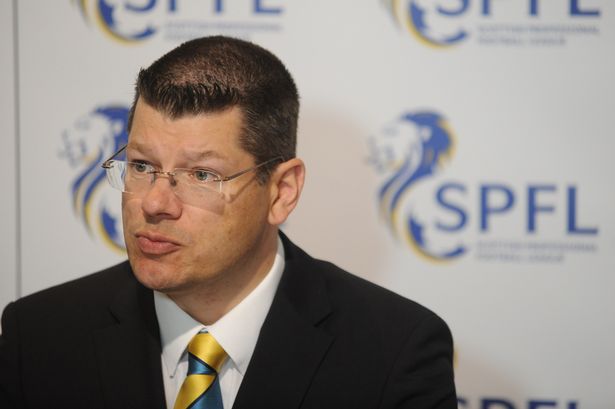 Ann Budge has stated clearly that she intends to pursue legal avenues against the SPFL’s absurd decision to end the season early and declare a title winner.

Now, before any timmies yell at us that it was a vote, no, it wasn’t. A vote is when the final numbers are the final numbers, and not overturned by the authorities with bribery in order to achieve the outcome they expect or want. This was a fake vote.

And the SPFL’s response to Budge and Hearts’ legal campaign is to threaten them with absolute expulsion from the Scottish leagues, which, in turn, of course, has to mean expulsion for Rangers too given the club is weighing up legal options.

It’s a very interesting direction – Doncaster and co bullying Hearts now, trying to force the Gorgie side’s hand in not taking legal counsel and the SPFL to court, in a blatant show of yet more corruption where justice and fairness were thrown out the window long ago.

What does this mean?

It means, majorly, that any action Rangers take will not see the same consequences. Why?

Because without Rangers the SPFL don’t have a Sky deal.

Sky’s exclusive SPFL deal is on the grounds both of the Old Firm are in the top flight, and the guarantee of at least four Rangers Celtic matches a season. Those are the lucrative jewels in the SPL crown.

The SPFL can expel Hearts if they want, but they can’t make the same threat against Rangers, because Rangers are too important financially for the top flight to do without.

Sure, they can still have a TV deal without us, but one worth a fraction of the value with us in it.

And sponsorship is impossible without Rangers – Doncaster took 3 years to find a deal for the SPL and it was a low value one in the end WITH the Ibrox side back because Rangers had only just returned to the SPL and weren’t great yet.

So at the end of the day, Rangers have a major bargaining chip, major leverage over the SPFL. We can take legal action if we want, and they won’t threaten to expel us, because they can’t.

It is different for Hearts though – they have less power and influence, and while their boss Budge is highly respected now, they’re still not particularly important to the TV deal.